We grew up in the Midwest, and always pictured owning a farmstead.
Ya’ know, have a garden, the pig, chicken and cow, kinda’ life.

The Lord has a sense of humor, and moved us to a big city in the Pacific Northwest.

So, I coined the term City-Slicking Redneck. We’re trying to embrace the best of both worlds in our life.

In our city life, our second story deck overlooks the yards of four neighbors. Some have kids, some don’t. Nobody has as many kids as we do.

I wouldn’t  want to live next to a family with six kids, so it’s a challenge for us to dwell together in unity in cramped spaces.
(OK, two have moved out, but we’re still noisy!) 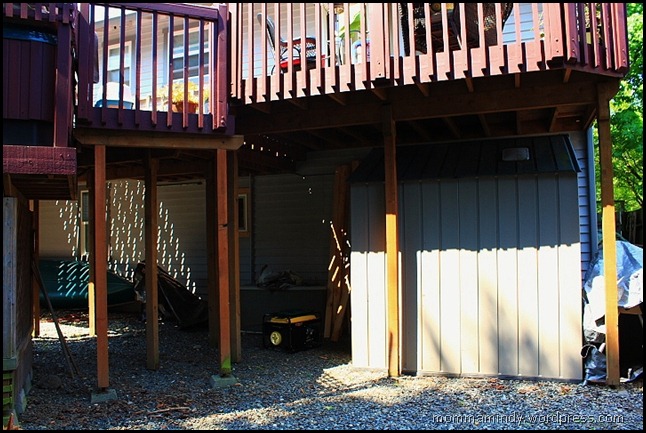 I wanted to create a place on the ground level where we could hang as a family, but not be on stage for the neighborhood.

We needed to relax and stare at a fire for hours.

We’re kinda’ loud. I needed to muffle the noise, too.

Plus, this is kinda’ ugly, doncha’ think?

I’d been dreaming for awhile, inspired by Donna of Funky Junk Interiors.

Read her blog, and she’ll have ya’ wanting to pick garbage out of your neighbors’ dumpsters. 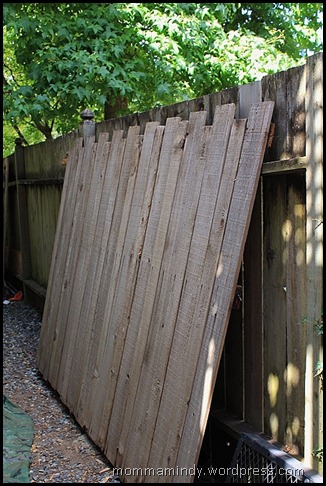 Or just ask your neighbors for their garbage.

I stopped at a garage sale, and a neighbor had about six fence panels propped up against his house. He was going to burn them for firewood.

I offered to buy them. He offered to give them to me. We had to rent a pick-up from U-Haul, because, ya’ know, city slickers don’t usually drive pick-ups.  They prefer vehicles that get good mileage and are comfortable for the long commute.

My husband misses owning a pick-up. I miss having a husband who owns a pick-up. My teenage son, who is learning to drive, would love to drive a pick-up.

It  was absolutely humiliating to drive one with an orange logo, but at least I got my coveted gray wood. 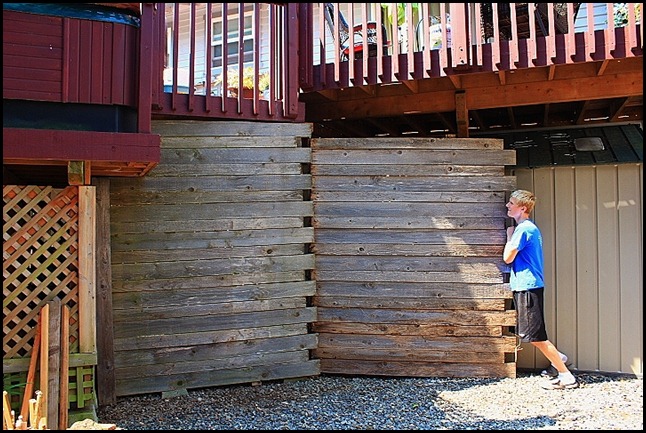 That same teenage son, Jon, helped me build my dream place. He’s so nice, I’m thinking of keeping him. 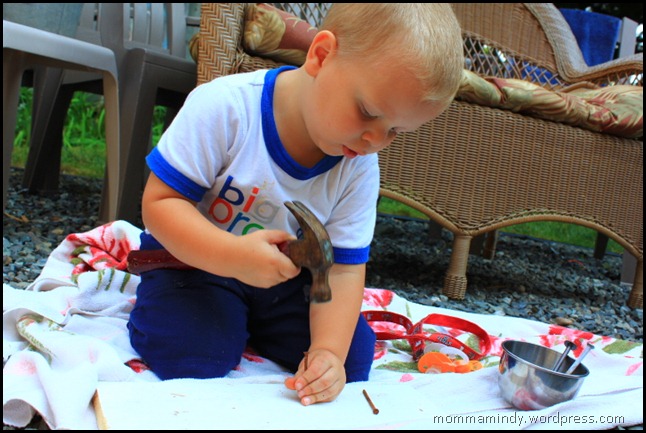 My grandson, Brayden, is learning to use a hammer, so he can help me with projects some day, too. 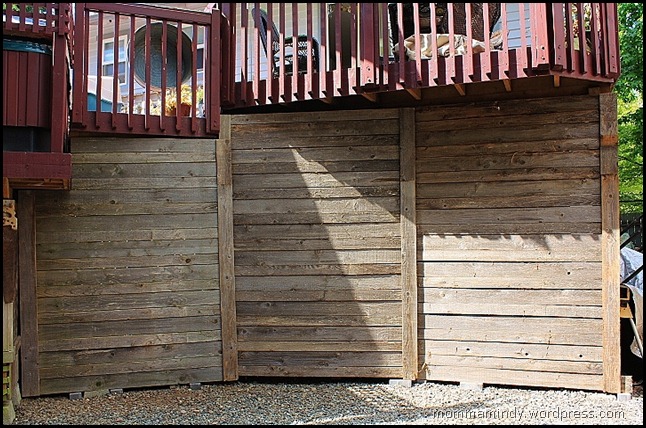 Doesn’t that just hold such promise?
It’s a blank slate, waiting to be decorated with stuff that’s 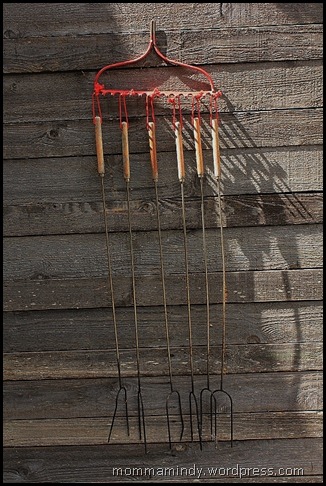 I hung up roasting sticks on a red rake head I’ve saved through three moves.

(The hubbster has finally stopped asking that silly question, “Why do we need this?” It took awhile, but he finally gets it.) 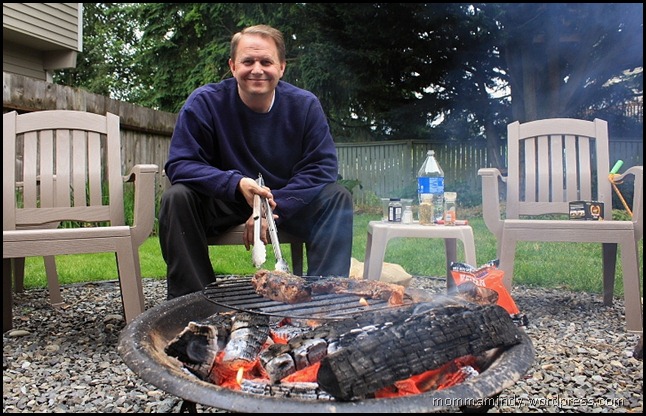 I moved in the fire pit and the lawn chairs. Throw in one grilling Redneck and The Redneck Grill is open for business.

We cooked many a meal, ate too many S’mores, and shared many laughs.

Our summer ended with a burn ban because of dryness, which was followed by the onset of the rainy season.

I’m anxious to get out and finish creating our backyard retreat, our haven of rest, the place we step back from frantic pace of the City Slicking life and relax with our Redneck roots.