My husband can be impromptu.
My husband can find an adventure.
My husband sometimes doesn’t pay attention to all the details when he wants to have an impromptu adventure.Saturday he mentioned we should take a hike on Sunday after church. A guy at work recommended a great hike and where you could watch parasailing. We were all game. It sounded low-key.Sunday after lunch we drove in the vicinity of the mountain. We had the name of the city, a guess at which exit, then followed the direction of the parasails in the air.
No biggie.
My husband has this annoying habit of not knowing where he’s going, never planning, not asking for directions, and always finding it. (OK, I’m jealous. I plan, Mapquest, GPS and I STILL get lost.)

We saw a lot of cars, a lot of people, and a sign for the Chirico Trail to Poo Poo Point. Great. Things were panning out.

Ten minutes into the hike I was ALMOST crying. It was a hard hike with a lot of switchbacks and steep grade. I was wearing jean shorts and two shirts and felt like there were five hot-flashes competing for my attention. I suddenly understood why all those other hikers wear those light-weight tan hiking shorts we used to laughed at. They’re the uniform of the PNW. I wished I’d given in to peer pressure and bought the uniform. There’s a reason why you don’t do a serious hike in denim shorts.

Scott was confused and concerned by my reaction. He had intended to have fun as a family, not make his wife cry. After the speed hikers raced by, their calf muscles flexing in time to my Lamaze-like breathing, I explained to Scott I was not crying because I was upset with him, I was upset that it was SO hard for me to hike. Just a few years ago I’d backpacked a steep terrain and carried a 35 pound backpack. It was another reminder of the frailty of human bodies due to aging and cancer, but that made me more determined to finish. 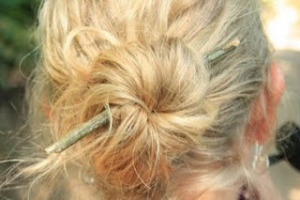 I glamorously knotted my hair up with a dead stick and we were off. 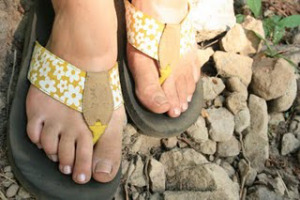 My two teenage daughters were in flip-flops and received many comments as professional hikers stomped by in their professional hiking boots. It didn’t even phase my daughters, they flew up the trail, leaving their mommy heaving in their dust.

In hindsight, it probably wasn’t the wisest choice of footwear.

It can really mess up a nice pedicure. 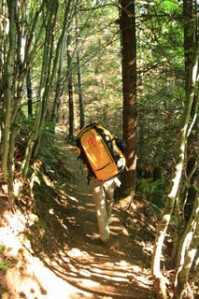 The parasailers run up the trail with a 50 pound pack on their backs. 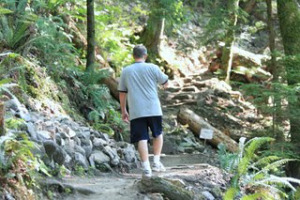 My husband hiked up the trail and I was tempted to ride on his back. 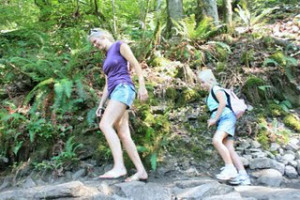 Bethany and Beka smiling as they sweat along. The more we praised Beka, the harder she tried and the less she complained. 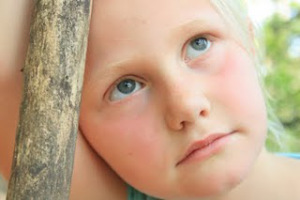 We rested a lot.

More for me than for her. She was AMAZING! 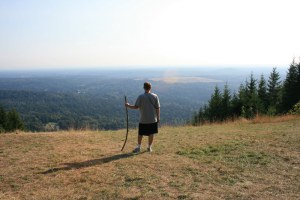 We reached the first clearing and discovered the view was the cliché,

worth the hike.
It faces Mt. Rainier but to be honest, I can’t even remember if we saw M’lady of the PNW or not. I was concentrating on breathing and not hyperventilating, just like the transition stage of labor. 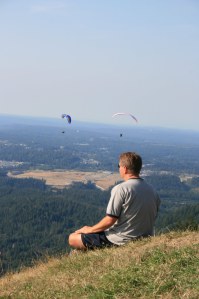 We hiked the final grueling stretch, and like a woman forgetting the pains of labor after seeing the face of her child, I felt no pain, feared no pain, remembered no pain the moment I beheld the glorious Creation. 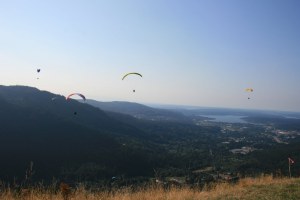 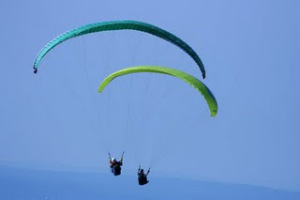 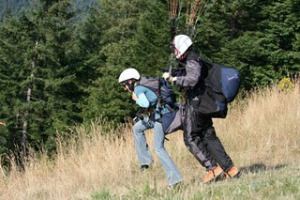 To learn, you jump tandem. This young cutie was so light, when her instructor told her to RUN! her feet kept moving in the air in time with her giggles, but she didn’t go anywhere for a few hilarious seconds. 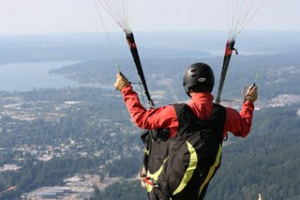 Make this image larger, blow a fan in your face and pretend you are sailing. Could you do this?
I couldn’t.
I was thrilled to take about a 300 pics of those daring souls who jumped and floated and landed. 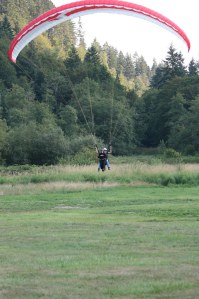 We hiked down and recovered at sea level while watching all the perfect landings. Then, they carefully repack their sails with the bajillion multi-colored ropes.
When I looked on the Internet, I discovered the trail was 3.2 miles long, with a difficulty of 3/5, a rating of 7/10, and a gain of 1650 feet. The website said, “This is a fun, but strenuous hike close to the city and if you don’t feel like hiking to the top, stay at the bottom and just watch the paragliders.”
I wondered, if we had researched,would we still have hiked?
Because I didn’t know the length, the grade, the rating, and the difficulty of the trail, I enjoyed hours of beautiful terrain, the achievements of my inexperienced family of hikers, and the opportunity to photograph a daring sport.
I’m thankful my husband is adventurous and impromptu.
But, if we had researched, I could have bought of pair of those hiking shorts…
Share
Pin
Tweet
Email
Print