A child adores their mommy without abandon…

They write love letters, give too-tight hugs and slobbery kisses, and pour out their adoration on the “best mommy in the whole world.”

Then the bubble bursts. The child realizes their little world is only a subset of the bigger universe. And they don’t always like how their mom fits into their newly discovered world. They measure their mommy’s intelligence against the new knowledge imparted to them, and she falls short. They compare their mommy’s beauty and fashion to the world around them, and she falls short. They wonder how in the world they got stuck with such an uncool mommy.

It happens at all different stages of life, tween and teen, and to varying degrees, but it eventually happens. 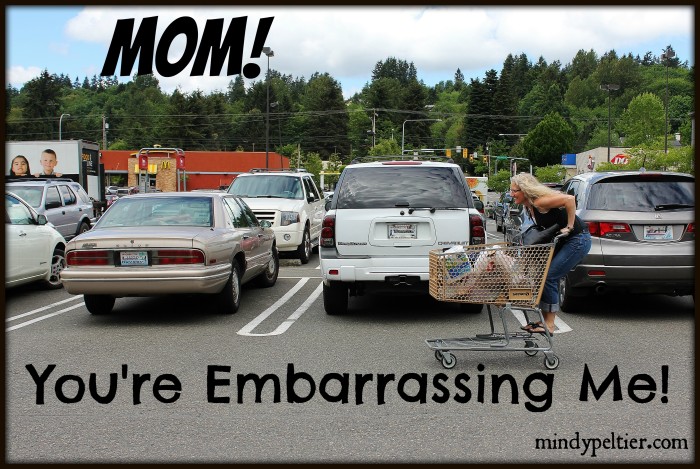 We become an embarrassment to our children.

Like the first robin  indicates spring, a newly-mortified child will first try  to walk a little ahead of or a little behind a parental unit. Then, they stop answering in complete, articulate sentences, ya’ know the kind our gifted kids used from about three to ten.  But, at ten they’re excitedly launched  into the years of double-digits and realize they’re almost a teenager, so celebrate by reverting to toddlerese, using monosyllabic grunts and nods as a form of communication.

Eye-rolling, heaving sighs, raised eyebrows, hoodie pulled over face are other incriminating signs that you  have definitely crossed an invisible boundary.

Sometimes they’ll even come out and blurt the deepest, darkest secret of their tortured heart. “Mom, you’re embarrassing me!”

I greatly appreciate their willingness to communicate, but the subject still mystifies me after a few decades of parenting. What are these offenses that would render us incompetent in their minds?

Read carefully. You don’t want to commit these offenses.

This transition from adoration to agitation is a stage, like their biting or tantrum stage. It will pass. Eventually.

Even though I threaten my teens to behave with the promise of wearing leopard stretch pants in public with them proudly by my side, I don’t usually intend to mortify my kids. They’re just so easily mortified.

After one such exasperated conversation at home with the offended child because of the way I talked to them in public, I laughed.

“You’re embarrassed of me? Really? You want to talk about embarrassment? I never climbed the library shelves. I never bit anyone at the Bounce House. (I raised my voice. Why yes, yes, I did!) I never hit anyone with a hammer at the Children’s Museum. And I still loved you and took you out in public! Do I need to go on?”

Our children never stop to think about the horrifications we have endured as mothers. The list is general so you all can feel a part of the fun justifying ourselves today and removed the blanket of shame our tweens/teens try to throw over us. (I’ve included some from best friends’ kids, nieces, and nephews so they all can squiggle and worry. Names were excluded to protect the guilty.) 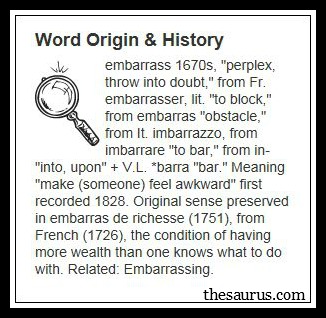 When you look at that list and add your offspring’s childhood follies, you will feel empowered to

We moms have earned the right to embarrass our children.

Previous Post: « Are Ya’ Having a Good Hare Day?
Next Post: Cabin Fever Cured with a Fairy Garden »