It seems kinda’ ironic. I live in a zoo, yet I love going to the zoo. Animal behavior is so much like children’s behavior, I felt right at home. We braved the adventure with Kelly-Across-the-Street and her tykes, Norah and Avery. Since she had the toddlers, I was in charge of the camera.

I’m wondering if she’ll regret her decision after she sees my pics? 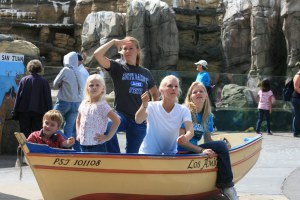 Avery, Rebekah, Brianna (Beth’s friend), Grace and Bethany crossing the Delaware. Could you tell by their solemn poses? 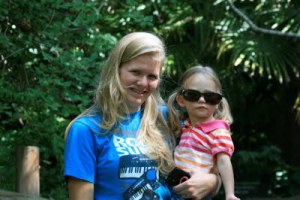 Bethany and Norah, also called Norah Bug. She’s adorable. Everyone wants to cuddle her so much, I am amazed she ever learned to walk. 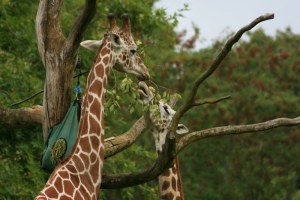 Despite the amount of food and branches available, they weren’t sharing very well. They were eating the same branch. 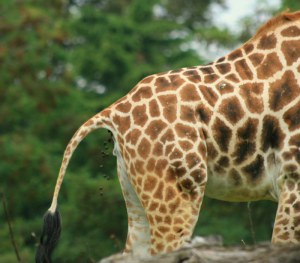 All the animals were doing this for my camera. But, I thought a little too many bodily function pictures would be rude. I coudln’t resist one, though. After all, I poddy-trained six of my own animals. 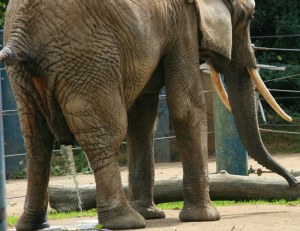 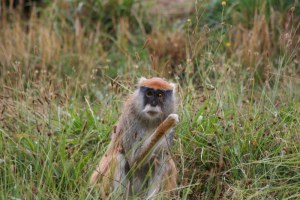 I love the monkeys. I always have. In first grade I made the mistake of telling my first grade teacher, Mrs. Forgy, that I wanted a pet monkey. She gave me a huge lecture in front of all the class, on how they were hard to keep warm, hard to feed and were terrible pets. Hey, I was only six and she asked me what pet I wanted. So, instead of a monkey, I had kids. Same thing, only different. Monkeys are quieter. 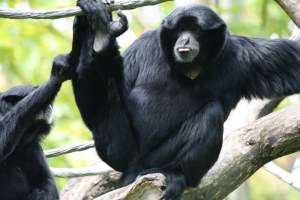 Friendly monkey grooming, everyone’s favorite zoo activity. Yes, they do eat the bugs after they pick them off. They both seem to be enjoying this moment. One area where having children is superior to owning a monkey. I am not expected to eat anything from their bodies. I don’t even eat off their plates. EEWWWWW! 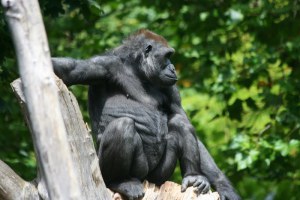 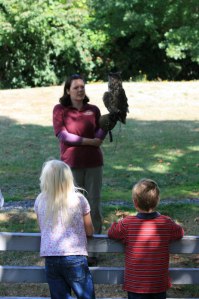 After listening to the Zoo employee talk about Bob the Great Horned Owl for about ten seconds, Avery interrupted with his own lecture.
“Did you know that owls could eat all these people?” He gestured to all that were innocently listening to the owl lecture. She smiled oddly and continued. I thought Avery was WAY more entertaining, so I listened to him.
“We don’t have owls in our neighborhood.”
After asserting that owls sleep at night, he asked, “Why are these owls awake in the morning?”
I thought it was a great question. I hadn’t even thought of that one.
“Hey, do they (owls) live with you guys?”
They should hire my little neighbor. I KNOW he could hold a crowd’s attention. 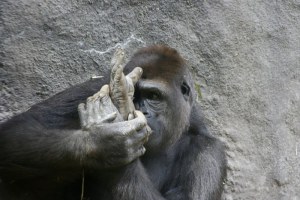 Just chewing off a little piece of dried skin off the heel. How come the zoo doesn’t provide them with pumice stones? 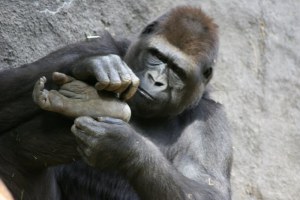 Still intent on the do-it-yourself pedicure. I wonder what would happen if you left a bottle of bright red nail polish in their living space? 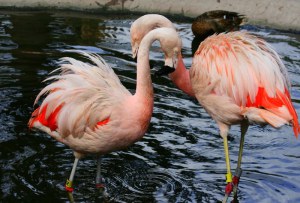 Beautiful flamingos. I can’t show you all the pics. It was mating season. The little kids thought they were doing tricks. We didn’t explain. A trip to the zoo can be a little embarrassing at times.
A quote by Evan Esar, “Zoo: An excellent place to study the habits of human beings.”
Since that’s the case, maybe I’ll just stay at home next time and watch my kids. It would be cheaper.
Share
Pin
Tweet
Email
Print