Some years I am way ahead of the holiday game.
Take last year, for example.
Cookie dough was made in October in preparation for Christmas.
Yea, that’s right.
All cookies doughs were made, rolled into cute tubes,
and placed in the freezer.
The last of the doughs were baked in November.
Only problem,
I made the dough in 2009,
baked the final batches in  2010.
Cookie dough that’s been in the freezer for a year,
doesn’t taste too bad. 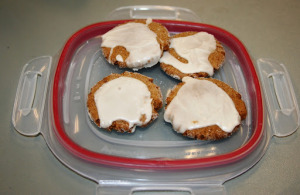 Doesn’t taste too good, either.
Last year, I planned way ahead to get a jump on Christmas,
and Christmas jumped on me,
and I don’t think it ever released its hold.
This year, I have done very little baking,
very little shopping,
but I know Christmas will happen anyway.
It always does.
Monday is
Christmas Triage.
The Usual Lists will be slightly altered:
Things To Do
(Things I Think I Can Actually Get Done)
Things To Buy
(Can I Just Go With Sox and Unders?)
Things To Make
(How Few Cookies Can I Make and Still be Awesome?)
Then, I’ll be multi-tasking.
Maybe, school will be in the kitchen,
with Beka sitting on the counter next to where I am working.
Maybe, I’ll be at the sewing machine,
getting a few stitches in while Beka is working quietly.
We don’t school very often in the car,
but that is a possibility for this week.
All week, Christmas music will be playing,
white twinkling lights will bring a happy glow to the rooms,
and they’ll be a cedar-cracklin’ fire in the fireplace.
While I’m making my lists,
and checking them twice,
gunna’ make sure
I’m not naughty,
just nice.
Because it isn’t Santa who’s watching,
it’s my Heavenly Father,
and the family He gave me.
No Christmas Crabbies allowed!
To motivate me, I’ve altered the angels’ proclamation:
Luke 2:14
To bring
Glory to God in the highest,
And on earth in my home have peace,
I’ll have goodwill toward men my family!”
Now, to get started on those lists…