“Don’t live in that mythical land of “Oneday Isle”…manage your time NOW and don’t always promise yourself you’ll do it One Day. Today is the day!”

This inspiring and convicting quote came from the mouth of Dennis “Doc” Hensley, keynote speaker for the Northwest Christian Writer’s Renewal last May. Like a cow regurgitating her cud, I have been enjoying his thoughts over and over as I review my notes.

Not a tropical paradise, it’s the land of procrastination we inhabit to avoid doing something we need to/want to because of fear, lack of motivation, or lack of time.

Do you live in that land?

Do you say “Oneday Isle” get the laundry caught up….

“Oneday Isle” put all the pictures of my adorable kids in albums…..

Regardless of your career choice, writer, M-O-M-M-Y or other, it’s time to be rescued from Oneday Isle instead of demanding squatter’s rights because you’ve been there so long. Quit lingering in the land of procrastination, but it is time to pull up the tent stakes and move on! 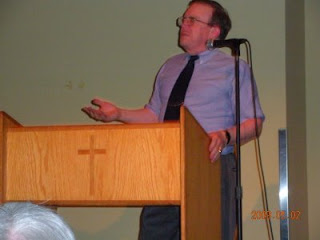 We women love to despair that there aren’t enough hours in the day to get everything accomplished that we NEED to do, let alone the things we WANT to do.

Hensley sees 24 hours in a day sufficient for everyone.

“If you give 8 hours to your job, 8 hours to sleep, 6 hours for your family, you still have two hours a day to pursue writing. (fill in your own blank) In one calendar year, that adds up to three solid months!”

He proves there are enough hours in a day, removing another excuse we like to mutter as we frantically try to find something clean to wear, something sharp to write with or something edible for dinner.

Three months?!?!
His formula leaves us three solid months to accomplish whatever we have been ignoring?

Wow! I’d love to hear what YOU are going to do with your gift of time, obtained by casting off procrastination!?

I think I am going to take a much-needed vacation.
I want to enjoy some sun,
some peace and
an escape from that long To-Do List.

Wonder how much a ticket to Oneday Isle is?