Joseph was chosen to be the earthly father
of the Lord Jesus Christ.
The child wasn’t really his,
in the sense of flesh and blood.
He was only raising the child to fulfill His purpose on earth.
Then the Child would return to His true Father,
His Heavenly Father.
Joseph isn’t the exception in parenting,
he’s the rule.
Whether we’re raising children we birthed
or children birthed in hearts through adoption,
we should have the same mindset.
These children really aren’t ours,
they belong to the Heavenly Father.
Our goal in parenting
should be to point our children to Him,
so that they can live with Him eternally.
Jesus already belonged in Heaven,
our children have to make that choice to belong themselves,
by placing their faith in the Lord Jesus for the forgiveness
of their sins. 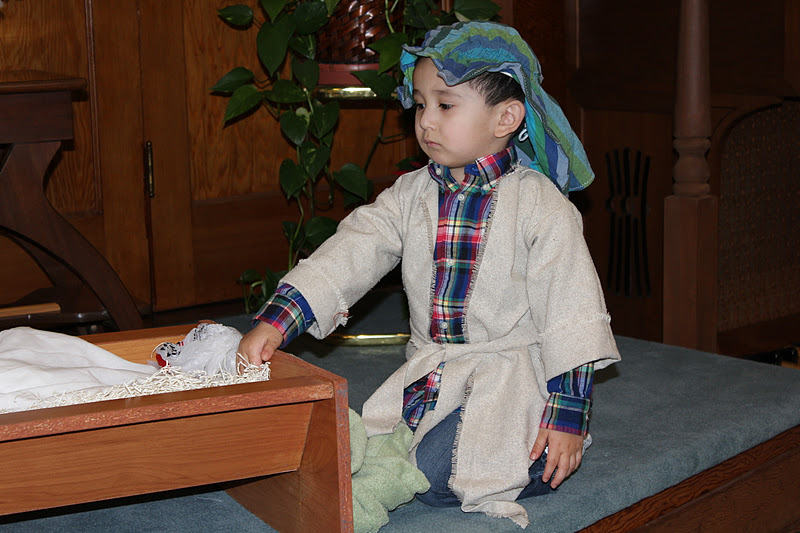 In our Sunday School program, our little Joseph took his party very seriously.
His eyes rarely strayed from the swaddled baby doll in the manger.
May we parents be like this young man,
who stayed by that manger,
diligently watching the child
who was under his loving care
for
a
very
short
time.