My Jeep Wrangler came with more than ultimate coolness, it came with a sense of belonging that was affirmed with the Jeep Wave. I didn’t know that until I took my first spin around town, with the music up, the windows down, and the new car smell permeating my every pore.

People waved at me. It wasn’t the “you have a flat tire” or “your gas cap is missing”  wave, it was a cool fingers-lifted-above-the-steering-wheel salute the way North Dakotan farmers used to greet everyone.

Then I narrowed it down. Aha! It was only other people in Jeeps waving. 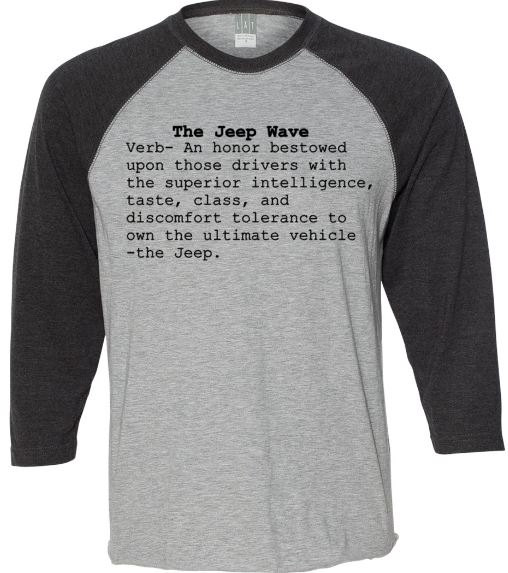 Image used with permission from the cool Jeepers on Etsy, Two Blue Chihuahuas.

The Jeep Wave acknowledges the unity with someone with the same great taste and zest for life.  ‘Cuz a Jeep isn’t a car. It isn’t a vehicle. A Jeep is a lifestyle.

A few weeks after I became a proud Jeep owner, my teenage daughter took it cruising and came back smiling. “Mom, all these guys waved at me!” She felt confident and beautiful.

I had to burst her bubble with a reality check, because I’m a good Mom like that. Can’t have my kids flying off on the wings of fantasy.

“They’re not waving at you, honey, they’re waving at my Jeep.”

“It’s a Jeep thing. Jeeps wave to each other.”

It isn’t as thrilling to be noticed when you discover they wave at your wrinkled old mom, too.

But the Jeep Wave is more than a physical tradition. It can be a heart-lifter. While everyone else on the road is indifferent, Jeepers see me and acknowledge that I belong.

There’s nothing worse than someone who breaks The Jeep Wave Rule and doesn’t wave back. I wanna’ yell, “Hey, listen, there is a tremendous responsibility that comes with driving coolness. YOU HAVE TO WAVE!”

A few times, I’ve been preoccupied and missed a Jeep Wave. I want to whip a uie to go back and make it right.

The Jeep Wave is that important.

It’s more than just that commonness of owning the coolest thing with four gnarly wheels, it’s the sense of community – of belonging – that feels good. All humans long to belong.

Our initial bonding is with family. As we venture out in life, we gain friends. We bond over sports teams, hobbies, and talents. We seek like-minded people in areas of faith and politics. A new start, such as a move, a baby, a diagnosis, or a death, prompts us to find new community. We all need community and need to have our belonging affirmed.

The deeper our connection, the greater the pain of rejection.

Rejection and its soul-searing pain occur when someone forgets there are rules for belonging that are as basic as the Jeep Wave. Remember those simple elementary school playground rules? They’re the same rules for life.

Betrayal from within your community hurts the most. Those closest to us, family, friends, spouses, co-workers, and church members, are the people who are supposed to stand by our side.  When they don’t follow the rules, we’re left stranded in a ditch.

Then, alienation replaces belonging. The whole world drives by and nobody notices. Nobody cares. Nobody waves. 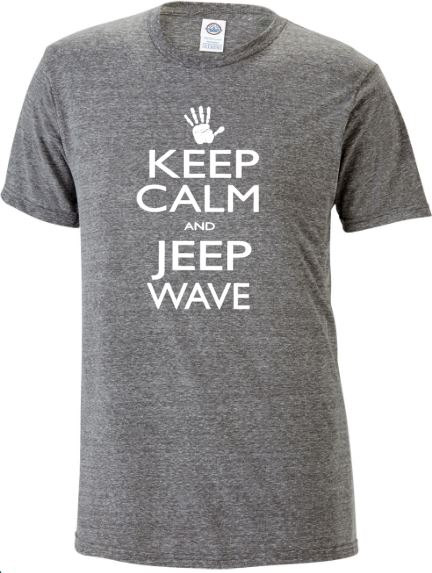 Another sweet shirt you can buy from the cool Jeepers on Etsy, Two Blue Chihuahuas.

When people are in that lonely place, even the smallest gesture of kindness can be soul-affirming. You know, something as simple as a wave?

Jeepers are known for more than just their Wave.

They’re the ones most likely to tow you out of a ditch, jumpstart your battery, and have tools and an extra quart of oil. They’re not afraid of getting a scratch or a dent while helping someone. They’re willing to dig in and get dirty. They love their Jeeps, but they value people.

Isn’t that a great standard for all of us to live by?

Even if you don’t drive a Jeep, we can all live by the Jeeper mentality. 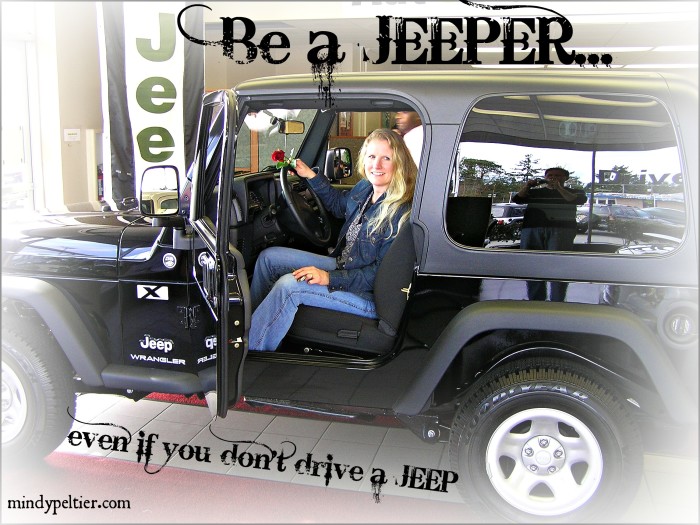 Because the longing to belong isn’t only a Jeep thing.