This year I wrote a short Christmas play for the kids in our Sunday school.
It had to be short, we only have six students.
Casting was easy, with three boys as shepherds,
one  big girl as the angel,
one tiny girl as Mary  and one tiny boy as Joseph.
I also made it easy by writing lines appropriate for their personalities.
We rehearsed, but I concentrated on making them remember
the general idea of the line, not expecting word perfect recitation.
If a line was too confusing, I made it shorter.
If they didn’t understand it, I changed it.
It had to be easy for them to become the characters.
No Sunday school kid was going to get an ulcer on my watch.
Remember how nervous you were when you performed in the Christmas
program in front of the whole congregation?
I wanted them to have fun and enjoy their first performance. 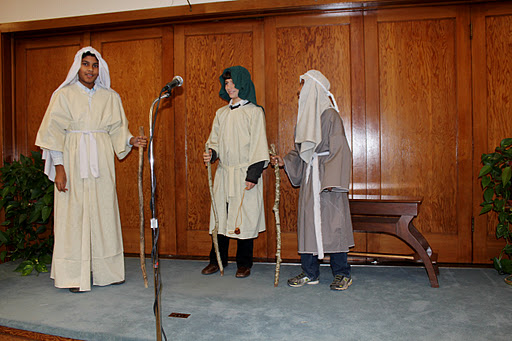 The Brave Shepherd isn’t afraid of anything.
He has a sling just like David. 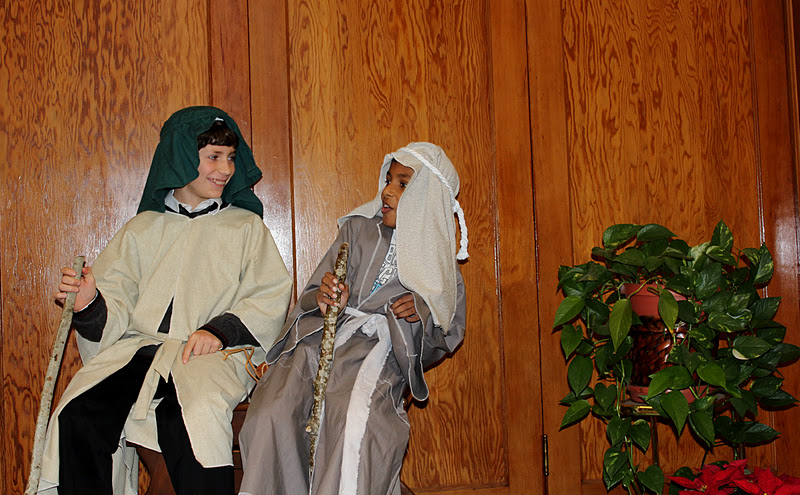 The Fearful Shepherd, the youngest of the group,  was afraid of everything…
…lions and bears,
the Caananites in Bethlehem,
sin and the Messiah.
After being informed
“the soul that sinneth it shall die”
he was afraid of dying. 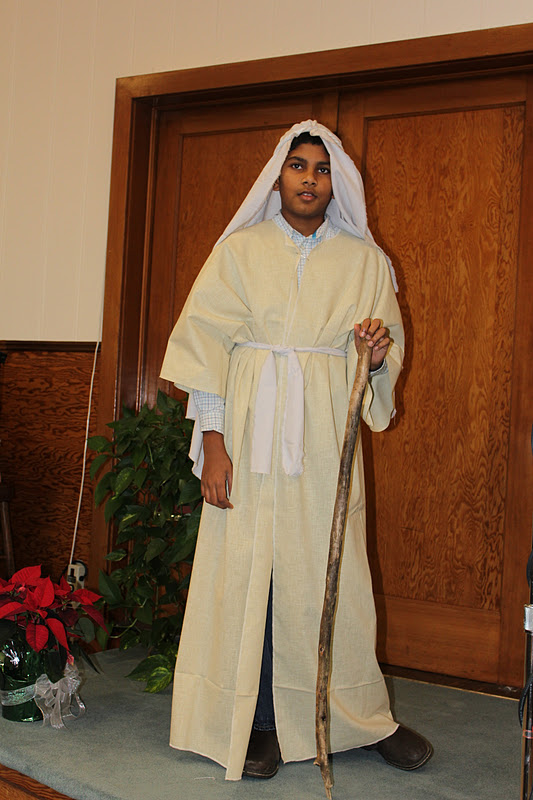 The Wise Shepherd assures him that he doesn’t need to be
afraid of dying from his sin,
because the Messiah is coming to save
people from their sin. 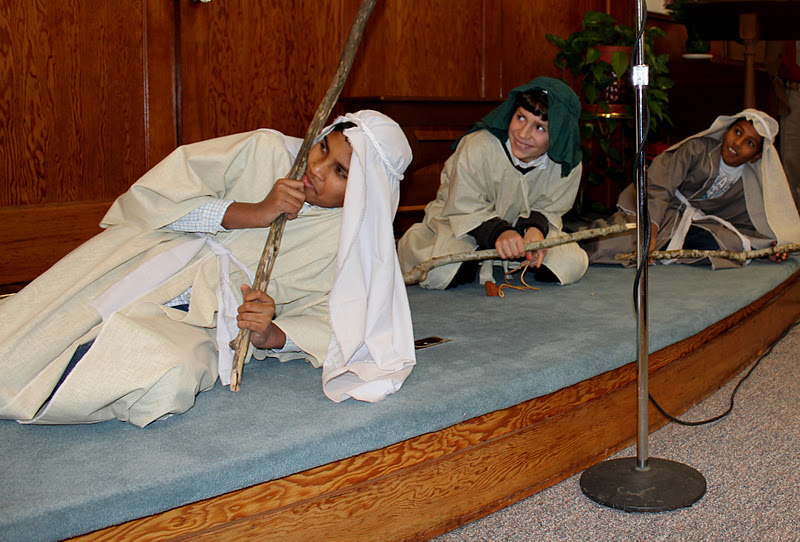 When the angel appeared, they were all afraid.
The Fearful Shepherd taunted the Wise Shepherd
for trembling in fear.
After hearing the angel’s proclamation,
the Wise Shepherd commanded them to follow him to Bethlehem.
Under protest and confusion,
“You told us to never leave the sheep!”
“Should I bring my slingshot?” 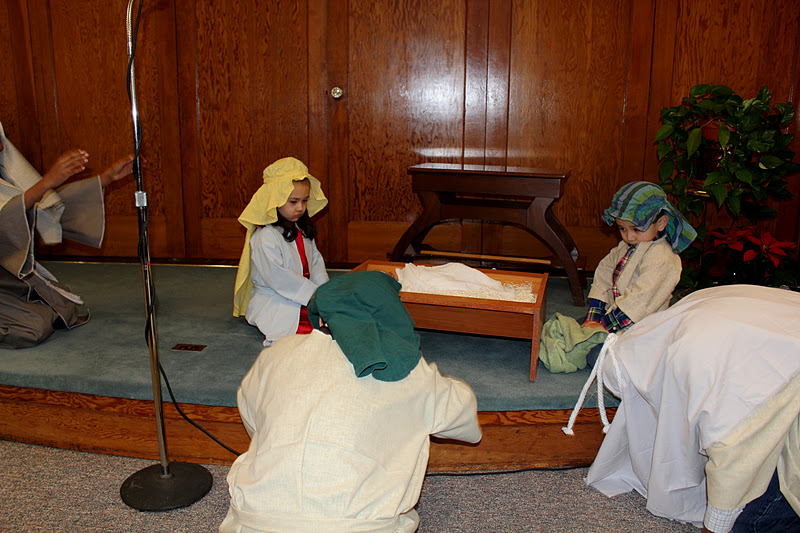