As a pre-teen, I loved Erma Bombeck.  I loved how she laughed through all the stupid things her kids did, because at that age, I was doing those stupid things.  With my  babysitting money, I bought my mom the entire series for Christmas.  They were housed in a wonderful cardboard home, and I knew it would be the perfect encouragement for my mom to live through raising her six precious children.

Years later, as a mother of my own six children, I clung to Erma’s words for a different reason. She taught me to laugh when I wanted to cry. She proved you could successfully parent without hurting any of your children.

And underneath her humor she admitted a truth most wouldn’t: parenting is the hardest job you’ll ever have. 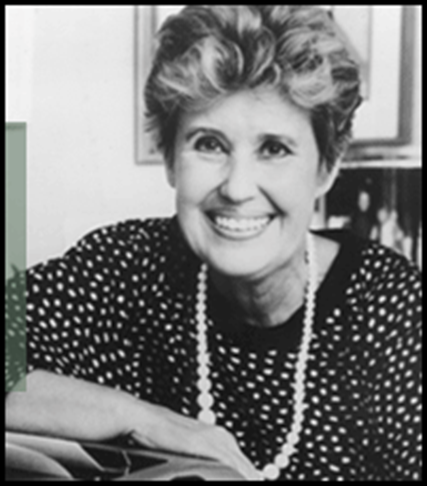 When the Good Lord was creating mothers, He was into his sixth day of“overtime” when an angel appeared and said, “You’re doing a lot of fiddling around on this one.”

And the Lord said, “Have you read the specs on this order?

The angel shook her head slowly and said, “Six pairs of hands… no way.”

“It’s not the hands that are causing me problems,” said the Lord. “It’s the three pairs of eyes that mothers have to have.”

“That’s on the standard model?” asked the angel.

The Lord nodded. “One pair that sees through closed doors when she asks,’What are you kids doing in there?’ when she already knows. Another here in the back of her head that sees what she shouldn’t but what she has to know, and of course the ones here in front that can look at a child when he goofs up and say, ’I understand and I love you’ without so much as uttering a word.”

“I can’t,” said the Lord, “I’m so close to creating something so close to myself. Already I have one who heals herself when she is sick… can feed a family of six on one pound of hamburger… and can get a nine-year-old to stand under a shower.”

The angel circled the model of a mother very slowly. “It’s too soft,”she sighed.

“But she’s tough!” said the Lord excitedly. “You cannot imagine what this mother can do or endure.”

“Not only can it think, but it can reason and compromise,” said the Creator.

Finally, the angel bent over and ran her finger across the cheek. “There’s a leak,” she pronounced. “I told You You were trying to push too much into this model.”

“You are a genius,” said the angel.

The Lord looked somber. “I didn’t put it there,” He said.