The garage.
It’s the dumping grounds for anything that doesn’t fit in the house.
So much stuff has been fit in the garage, the cars don’t.
For months, I’ve been cleaning the garage,
tossing, sorting, recycling, and organizing.
As I hold each item in my hands,
I ask if  emotionally I need it,
if  physically  I need it,
and if  financially I can afford  to replace it if need be.
The obvious fact is  that I save too much stuff.
The inobvious fact is that
I’d been saving some things
for dreams that would never come true.
They were good dreams,
they were God-honoring dreams,
but they were dreams I had to allow to die.
Some dreams had to do with ministries I desired.
Some dreams had to do with plans I had for my kids.
From the time we are very young,
we’re fed dream fodder,
“If you can dream it, you can achieve it.”
“The future belongs to those who believe in the beauty of their dreams.”
(Eleanor Roosevelt)
Dreaming isn’t wrong, it’s necessary.
Christians know it isn’t only our courage, strength and ambition
that makes our dreams come true.
The power comes from the One who had enough power
to raise from the dead.
As I filled box after box to take to the thrift store,
parting with both hoarded junk and the stuff my dreams were made of,
I wasn’t bitter and  I wasn’t angry.
I just had to face the facts.
It was time for me to deal with these dreams as David did.
David desired to build a temple,
a beautiful monument to honor the Lord,
a place of corporate worship.
Although he had the best intentions and desires,
it  wasn’t the Lord’s plan for David’s life.
David had to let his dream die.
The death of a dream isn’t always a bad thing.
For the past few weeks,
as I’ve cried a few tears and been honest before the Lord
about the death of some of my dreams,
this thought was continually in my mind,
“Where do dreams go to die?”
As I pondered this thought over and over,
the Lord gave me a picture of the cross.
Along with everything else we give to the Lord,
our time, money and talents,
dreams are to be offered at the foot of the cross.
We’re pleased to offer all to Jesus,
so He can do all He pleases with our offerings.
It isn’t a death of gory agony,
it’s a death of self, a surrender of dreams. 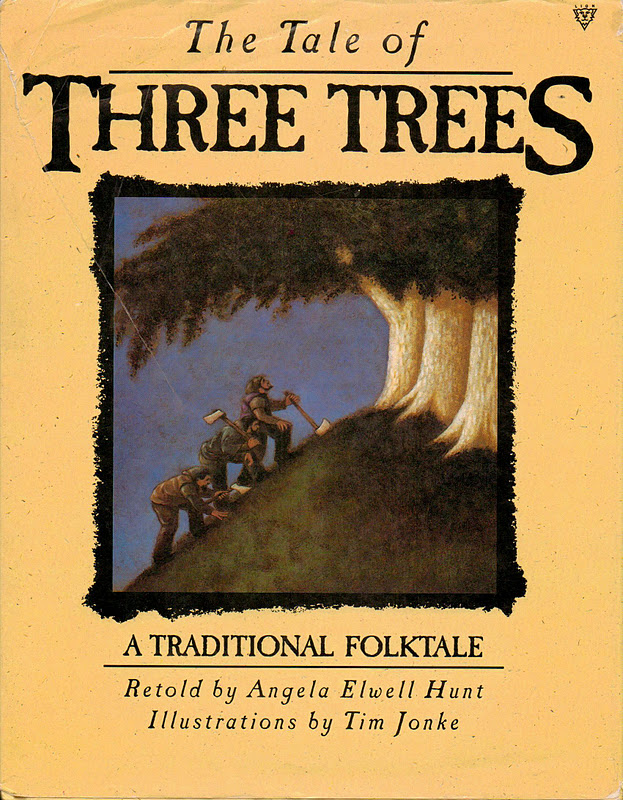 One day I sat down to rest and read this book to my kids.
Three trees have amazing dreams for their futures.
All three are chosen, cut down and used,
but none of their dreams came true.
This line expressed the state of my heart
so perfectly, I wept.
“Many, many days and nights passed.
The three trees nearly forgot their dreams.”
The end renewed my heart with hope.
Each of the trees  was used in a way greater than they’d dreamed.
(One became a manger, one a  fishing boat, and one became the Cross.)
I haven’t buried my dreams in a graveyard of depression and futility,
I’ve buried them in the fertile soil at the foot of the cross, because
That’s Where Dreams  Go to Die.
Like the trees,
I’ll wait and see how the Lord plans to use me.