This blog was joined to Homesteader’s Heart for Friday Funnies.  Check them out for more laughs!

The following conversation was recorded 8 1/2 years ago, when my son, Jon, was a few days shy of five. 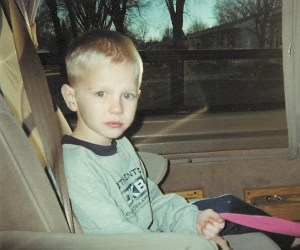 Now, mind you, we were in the barrenest of lands and seasons, spring in North Dakota, and the only thing this little pipsqueak can see over the furry weather-stripping along the bottom of the van window is the ever-looming sound barrier walls, a few sentinel traffic-signs and the brown sludge-mashed grass of early spring. Not a cow to be seen, for that matter, especially not a defecating cow with the signature tail high in the air, the furry tassel waving victoriously, while its load heavily splatters to the ground.

“No one wipes them, Jon,” I parented while grimacing at the driver who merged too quickly in front of me without a blinker.

“OOOOOOh, ” he responded with his eyes rolling upward, his nose scrunched into little freckled wrinkles and his slender little boy fingers gently wafting the air in front of his nose, as if my answer was odiferous. Then came the traditional follow-up question.

Mentally cataloging the bovine section of “Information Moms Need to Know” in my brain, I lamely offered while craning my neck to the right to check for my exit, “Because they don’t care if their butts are poopy, like humans do. They don’t wear underwear, so they don’t get racing stripes.”

The other children in the van offered their herd of creative answers on the question while Jon remained silent.

I basked in the glory of satisfying the curiosity of my son by surging around some idiot driving way to slow. But, he was quiet. Too quiet.

I should have seen it coming…..I should have know that my feeble parental wisdom could not adequately match the erupting desire to know all. He was too quiet. There weren’t enough follow-up questions. 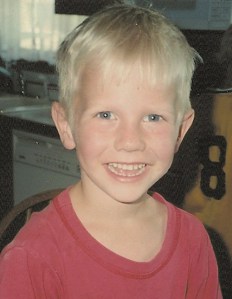 I knew I had failed him. In turn, he rallied to the plate with his own smug answer.

“You could just use a shop-vac. That would get all the poop off really good.”

I addressed the rocket-scientist in the making as I signaled and slowed to exit into my exit ramp, “Jon, you have the job.”