I reported last week that my teenage writing career was jumpstarted by interviewing my nearest neighbor, a local Langdon, ND farmer who bought two llamas. Yea, that was big news for a weekly newspaper in a town so small the gossip about you arrived home before you did.

While reviewing my old newspaper article, I kept getting this strange sensation to call the farmer’s daughter and ask, “Hey Liz Anne, do you remember when your Dad’s llama spit on you?” 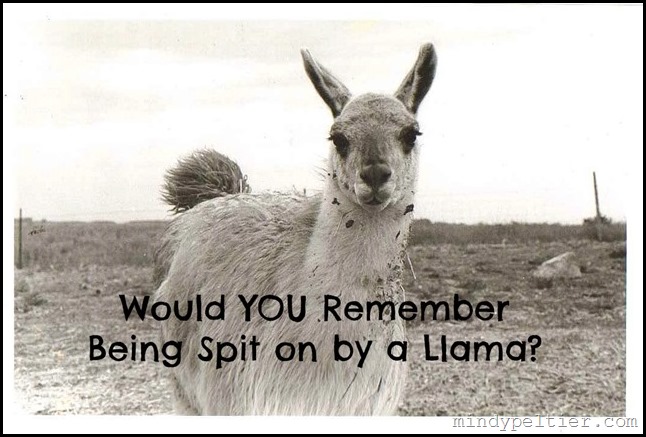 After all, being spit on by a llama isn’t really big news, except in Langdon.  I bet the farmers that visit the bakery each morning to talk about crops, weather, and local news gossip are still talking about the Quam’s llamas as they roll dice to see who pays for the morning’s coffee and donuts.

I double-dog dared myself so I wouldn’t chicken out.

It was easy enough to find Liz Anne after all these years. I didn’t make a long-distance call to information (555-1212) as we did when we were neighbors.  I used a search engine, found Liz Anne, and learned she’d lost both her parents. My resolve to call grew from curious to personal.

I poked out her number on my cell phone and pushed send. Her spunky voice and friendliness transported me back 33 years in time. We chatted easily, catching up on the decades concerning schooling, marriage, kids, and careers.

We both went through cancer. We’re both still writing, except she’s smarter – she’s a Professor at Moorhead State University in Moorhead teaching Public Relations Writing. In other words, she probably doesn’t stay in her jammies most of the day.

When I expressed my sympathies for losing her parents she said, “They were an astounding couple not to be matched.” Her admiration and love for her parents increased the grief I felt for her loss.  We reminisced about her parents, and she said, “Did you know my Mom shot at my Dad?” 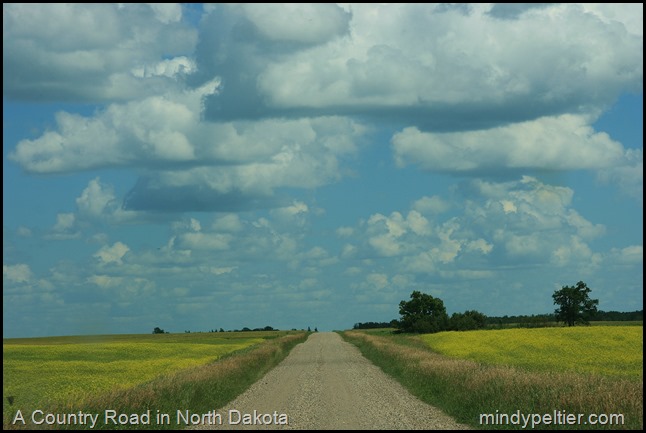 I hadn’t heard that story, or I would have written another article for the newspaper.  Being shot at is way more exciting than being spit on.

Liz explained that as newlyweds, her parents, Don and Geneva, had moved to her family farm, the Little Pembina Ranch. The two college-educated people were a little bored living alone on the prairie farm so close to Canada. One day Don came home after working in the field and found Geneva sitting on the front porch with a loaded .22 lying across her lap.  She was known to be a good shot, so Don wasn’t initially surprised.

Until Geneva lifted the gun and said, “Dance, Don, or I’m going to shoot.”

She shot again, “I’m going to shoot until I run out of bullets.”

Don danced until the gun was empty.

Life on the farm was never boring for the Quams after that, it was filled with hard work, laughter, family, pranks, friends, love, community service, and neighborly deeds.

Liz and I caught up and got to the point of the call, the sheep and llama adventure.  She said her parents ventured into sheep, in addition to the grain, because they had been a money-making venture for farmers for a few years. She took off the spring quarter of college to help, arriving home to a herd of sheep and the two llamas. 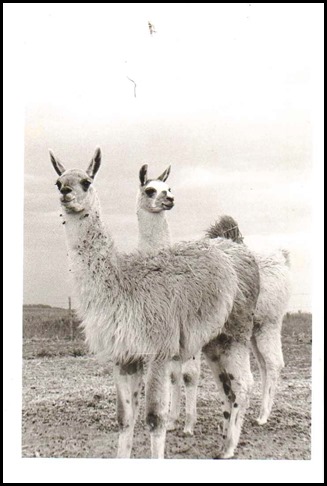 “Those llamas were perfectly worthless as far as predator control because they were no good at keeping coyotes away,” she said. The strategy was to have one llama on each end of the field, but the llamas always stayed together.

The llamas a failure and so were the sheep. Soon after Don and Geneva ventured into sheep, the market tanked and the Quams eventually lost their family farm. When generations have lived and farmed the land, losing the family farm is more than losing a business. It’s losing your heritage. Settlers were born and buried on their land. It’s a tie that goes deeper than mere tradition.

But, happily-ever-afters aren’t just for fairy tales, they sometimes happen for farmers. An aunt died and left money to Don and Geneva, and they bought the farm back. Even though I heard the news years later, I rejoiced with Liz.  We both know too many families who permanently lost their farms.

Liz’s kids grew up spending the summers on the farm learning skills city life doesn’t quite teach you, and spending the time with the crazy Grandpa who once went 140 miles per hour with a college-age grandson in his little Mercedes because “someone was trying to pass me.” She lost her mom, Geneva, to Alzheimer’s, and cared for Don in her home for his final four years.

She inherited the farm after she lost her parents.  With the tenacity of her ancestors, she decided to farm. A city-dwelling professor during the school year and a country-living farmer by summer, she manages the baby farm of 500 acres of the original family farm. She hires someone to do the planting and dreams of adding an orchard to the blank spot of canvas in North Dakota that’s hers.

And for the finale you’ve all been waiting for, yes, 33 years later she did remember the spitting incident and said, “It was vile!” She hadn’t provoked the animal, she only walked up to it, but she went down in Langdon history as the only person who was spit on by a llama.

After catching up,  I think she’s wrong thinking her parents are “not to be matched.” I see the spunk, brains, and beauty of her mother, and the work ethic and humor of her father.

She’s Don and Geneva, minus the llamas.

Previous Post: « How Two Llamas Jumpstarted my Writing Career
Next Post: Shrink Your Words With The Shorter Thesaurus »