I love Roman history. One day I was rabbit-trailing through the Internet and discovered the many amazing Roman sites in and around London. I stared at my computer screen, filling my brains with the eye-candy of mosaics, roads, and walls and blurted out, “If only I could go to London!”

When I was a homeschooling mom of six  I didn’t get out of the house often, except to buy groceries and toilet paper. Lotsa’ toilet paper. When the kids started moving out, I started getting out. I never thought I would get that far.

The next day my hubby called me from work. “Guess where my next international meeting is going to be?” He knew I wouldn’t guess and he can’t keep a secret so he interrupted himself. “London!”

“Guess who’s going with you?!” When we married I vowed to go where he goes. It was a vow I always intend to keep, especially now that he travels for work.

This is the kind of thing that always happens to other bloggers, not me. I couldn’t have planned and timed a trip perfectly in between the two writers conferences I help direct, so the Lord really blessed me. Daily I’m thankful for his grace and mercy.

I fell in love with London and more in love with Roman history. My two loves are deeply entwined. The way I see it, after one short visit, London owes much homage to the Romans. 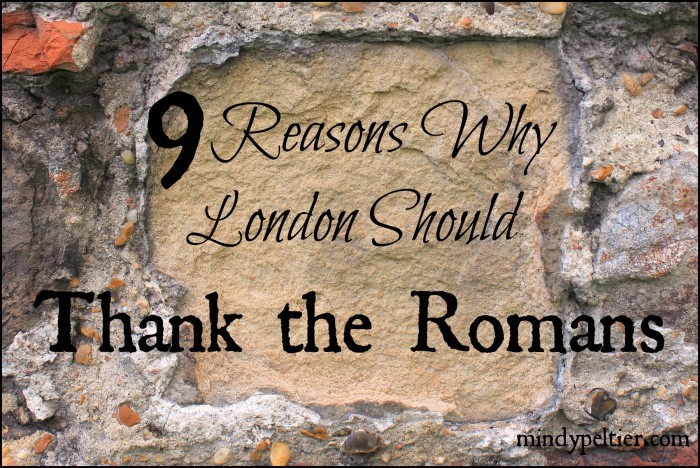 When the Romans arrived, the island was inhabited by rambling and warring tribes. When they left, whether the unity came from fighting against the Romans or from living together as people conquered by the Romans, people were unified. Then the tiny, tenacious island began their own empire building and became the biggest empire in history and a global power. They conquered about a quarter of the earth’s total land. Yep, they probably learned a few things from the Romans that made this possible.

Londinium is roughly the same as current heart of London. The Roman city planners chose the city site well. 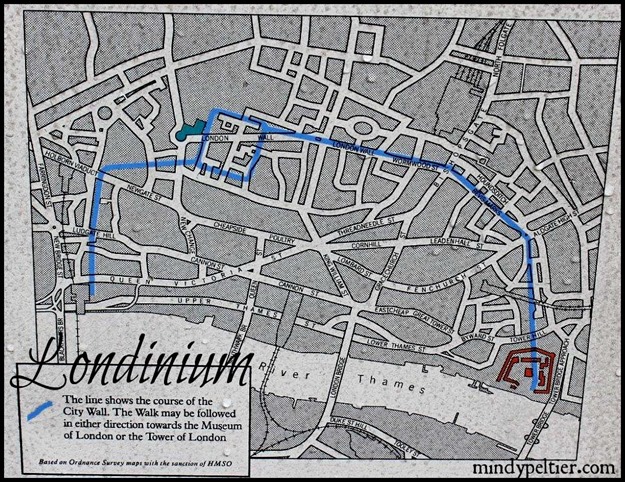 Another blogger, Jim Gunnee, gave a wonderful step by step of walking the Roman London Wall that once enclosed the city. Wish I would have found his post before I went! At least I can walk the whole thing through his pictures. Inspiring City posted another beautiful visual tour. The Romans in Britain website has a detailed map of Londinium superimposed over London.

Ever since we were kids we knew London Bridge is Falling Down. But you probably didn’t know before it fell down, the Romans built the first London Bridge. Don’t confuse it with the Tower Bridge. Of course the Roman’s bridge didn’t last, but neither have the other bridges. The London bridge built in 1831 couldn’t handle the traffic so was sold to Robert McCulloch, founder of Lake Havasu City, Arizona, in 1962. He moved it and reassembled it in America. 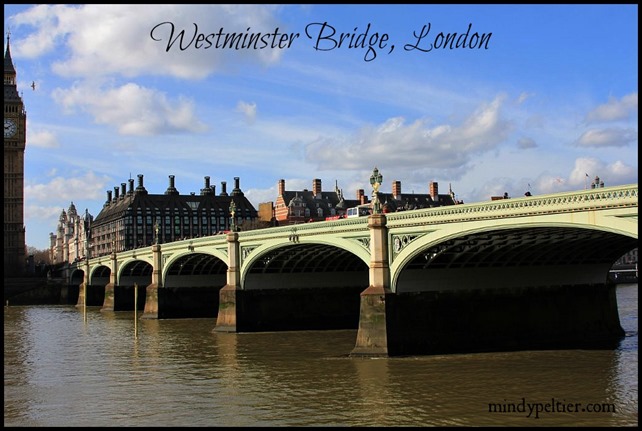 Other bridges have been built to span the Thames River, including the Westminster Bridge that was completed in 1750. You can see Big Ben peaking around the corner. And isn’t that design deliciously familiar to those that love seeing the impact Romans have on architecture?

Who doesn’t know about the Roman roads? It’s been estimated they built about 50,000 miles of roads. All roads usually lead to Rome, but from Londinium they had to take road, boat, road to reach Rome. 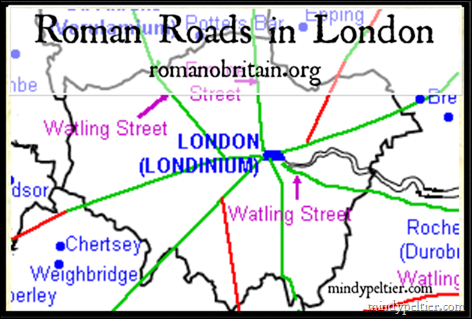 (Map used with kind permission from the amazing website The Romans in Britain.

Don’t visit the website unless you want a serious craving to see London.)

Recognize any of those street today?  Of course. You’re walking where hobnails walked. Notice there aren’t cul-de-sacs or dead ends? Streets were made for finding your way around. The Romans should have made it to Seattle. Maybe if they planned the roads, I wouldn’t get lost in my own neighborhood.

Romans gathered and shipped the best materials, such as limestone, granite, and marble to create fortresses, homes, temples, and buildings to last. Oh, don’t forget that little factoid that they invented concrete. That really helped. Having a lot of enemies didn’t help. 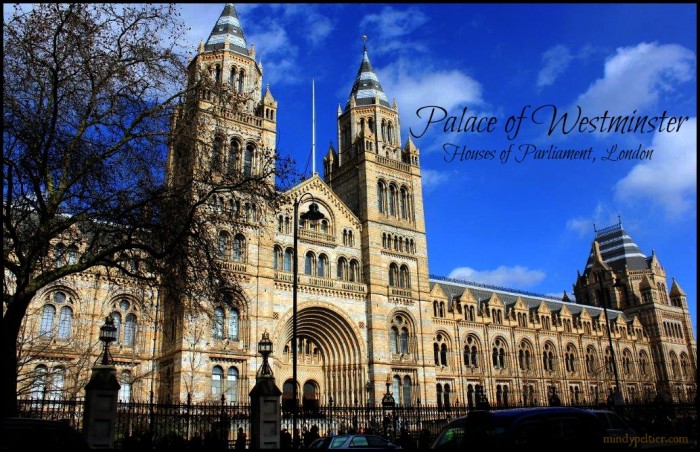 London has done the same.  Many brick and limestone buildings have been there longer than America has been a country.  A fire in 1834 destroyed most of the original Parliament building, but the surviving Westminster Hall dates back to 1097.

Who doesn’t love a gladiator sandal? Of course, that isn’t what the Romans called them. 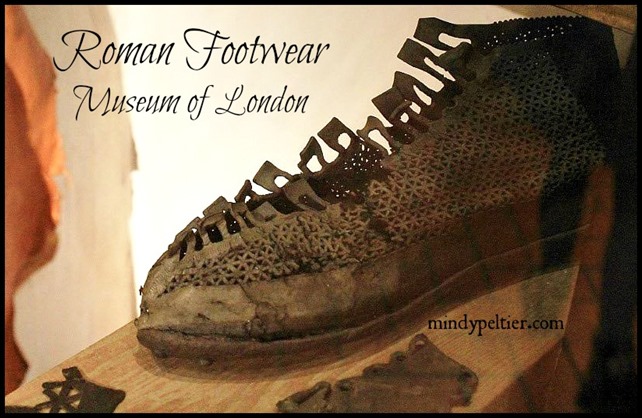 (Fashions available from Amazon. C’mon, you know you want to buy a pair! It’s for historical research.)

And who doesn’t love socks inside sandals? OK, maybe only the Birkenstock people from Washington state, but still, what other trend has lasted this long? The Romans probably started this fashion we’re all so fond of because they got cold feet while out conquering all the territory around the Mediterranean Sea. Though most of us scorn the look, the sock and sandal look showed up on the European runways a few years ago on models dressed by big name designers. There is also an entire blog dedicated to the look. The video warning when you enter the site needs to be taken seriously. You might not be thanking the Romans after you scroll through the pictures.

It gets even better. The Roman Military Research Society claims the Romans even began the striped toe-sock trend in Egypt. Imagine that.

All footwear coolness began with the Romans.

London is famous for fish and chips. Many lunch menus offer tuna and mayonnaise, as well. Are you following my train of thought still? 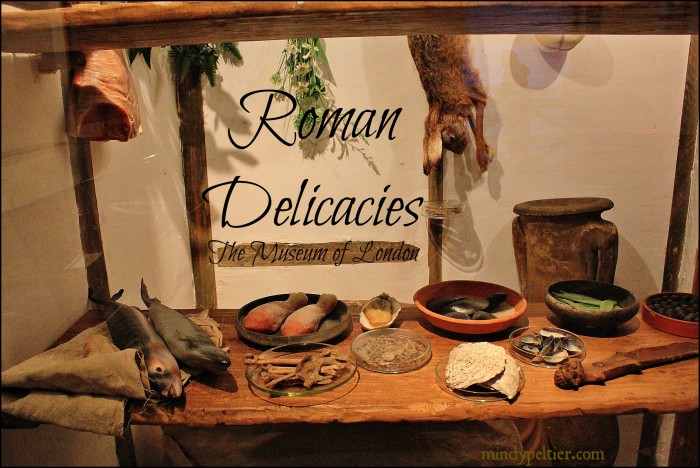 You’re right. They can thank the Romans for this lovely obsession, as well. 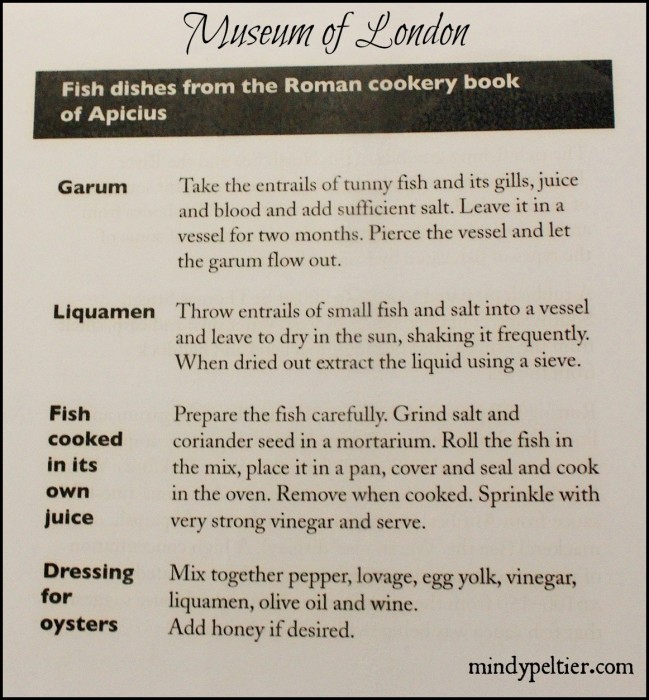 Just thank London for keeping the fish and changing the recipes.

Roman buildings were more than functional, they were works of art. Sculptures and mosaics are just a few of the ornate mediums used to decorate public buildings and homes of the wealthier. 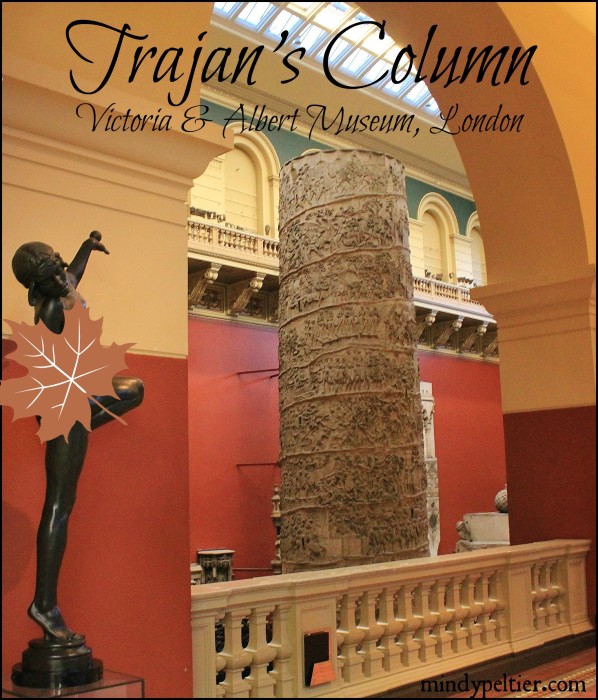 The Romans used art to pay tribute to great rulers and their gods. Victorious events were chiseled into stone, as with Trajan’s Column. Scene by scene his triumph over the Dacian’s is recorded as you wind upward. The original is in Rome, this is in the Cast Courts at the Victoria and Albert Museum. Today, London is artistic beauty and I personally give the Romans credit for starting this trend.

Can you see who set the style for jewelry, as well? This beautiful display can be found at the Museum of London.

Search Amazon for twisted gold bangles. There’s nothing new under the sun. 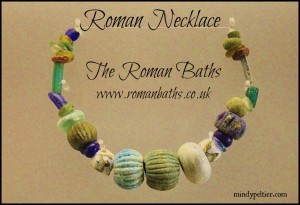 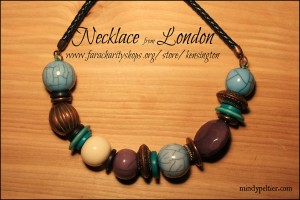 The above necklace displayed in the Roman Baths museum surprised me. I had purchased a similar one in a charity shop in London the day before.

I loved London so much I found myself wondering why my ancestors left England. One side of our family traces back to Richard Law, a lawyer to King James. Then I remembered my history lessons. They had valid reasons for leaving.

And London has nine valid reasons to repeat after Elvis, “Thank you, thank you very much.” The Romans left a profound mark on their people and landscape.

9 Reasons Why London Should Thank the Romans