When the Lord transplanted us to the state of Washington, the self-proclaimed green state, we  learned a whole new language.  Suddenly, I had a whole bunch of new stuff to worry about, like carbon footprints and leaving a carbon trail.  In other words, we’re supposed to live in such a way that others that come behind us don’t know we were there.

My grandson, Brayden, better known as Bubba, is too recently transplanted from California to have adopted the new green lifestyle. Well, maybe his trail isn’t exactly a carbon one, but he definately leaves evidence of his presence everywhere. 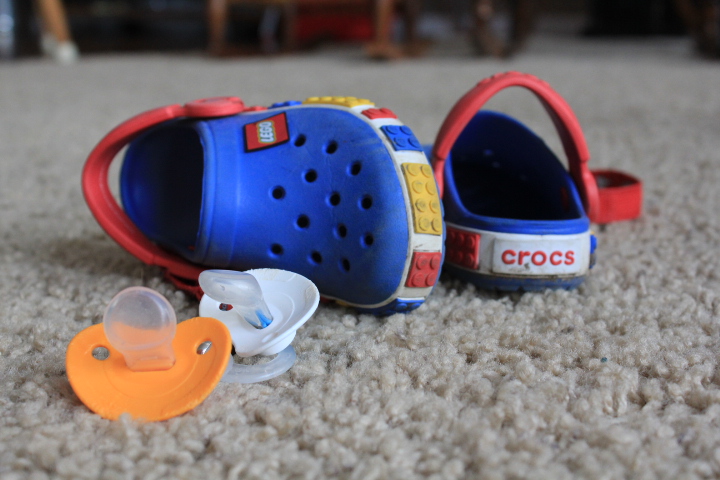 There must have been some great excitement that caused Bubba to leave his prize possessions, his Wego Cwocs (Lego Crocs)  and his deet-dees(pacifiers), in a pile in the middle of the living room floor.

Maybe, he heard the magical popping sound of opening a cellophane bag, and he thought he might be fed something good, like potato chips or cookies.

It might have been the sudden urge to go find his gateburd (skateboard.)

The kitty might have run by and taunted Bubba with it’s flittering tail, begging to be chased. 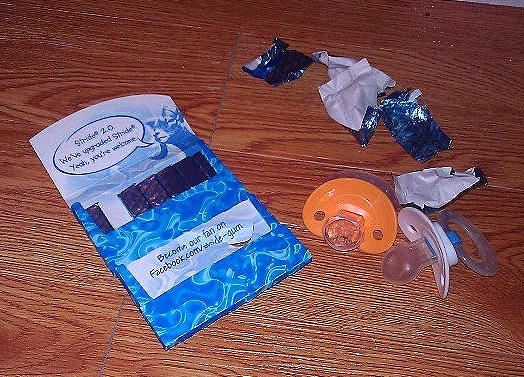 Wasn’t too hard to figure out who got into Aunty Beff’s gum. Bubba left another carbon trail. 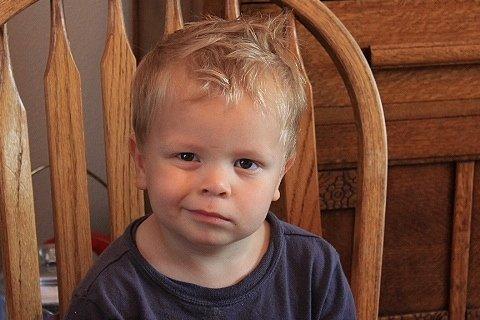 This is Bubba, making  the Pirate Face.  Sometimes his little smirky smile and his wincing eye almost meet.  It’s adorable!  Along with missing Wego Cwocs  and deet-dees, there’s usually something that isn’t a toy that has captured his attention.  It might be a stick from a tent he fought pirates with, it might be a  paper towel  tube that was his spyglass, or a headless Lego man that has been his partner in adventure.

This little guy also leaves a trail of giggles, sticky kisses, neck scrunching hugs and lingering secrets of “I Wuv U.”  The trail he leaves behind is endearing, because he is so loved and so loveable.  The trail leaves behind tells of the adventure he had that day and indicates what sparked his imagination.

Bubba’s trail made me think of the trail I’m leaving behind.

I want to leave behind precious memories, inspiring faith, enduring love and abounding joy.  But to LEAVE that, I have to LIVE it.  My life’s prayer is sung  by Steve Green.

We’re pilgrims on the journey of the narrow road
And those who’ve gone before us line the way
Cheering on the faithful, encouraging the weary
Their lives a stirring testament to God’s sustaining grace

What kind of trail would YOU like to leave behind?