When our little corner of the Pacific Northwest is covered in snow, we stop, drop everything, and roll with it. We rush out to make a miniature snowman, run the grocery stores out of items, and take pictures. 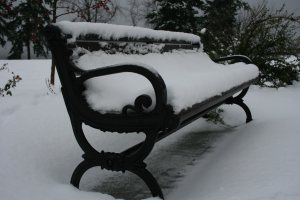 An ornate park bench in the artsy downtown area covered with a fluffy new seat cushion that perfectly matches the surrounding décor. 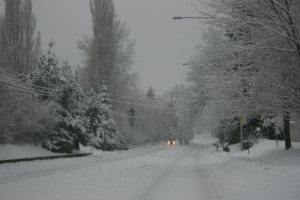 Look, no commuters to yell at! Nobody to honk at! Nobody to make you spill your latte by pulling out in front of you. Nobody giving us the one-fingered wave we call the “Seattle Salute.”
Just another guy, thankful to have four-wheel drive. 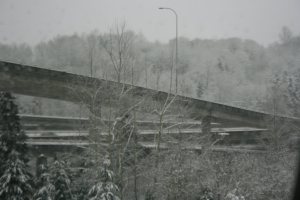 Check out the empty highway system. Since the Seattle area brags about saving the environment by not salting the roads and since I have more fingers than they have snowplows, we have a bit of an issue here. Our Governor, since I have to call her that, issued a state of emergency. I guess we will be expecting lotsa people to write us checks for our suffering. Use lotsa digits, people! 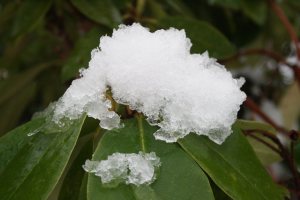 A rhododendron, our state flower, in rare winter bloom. 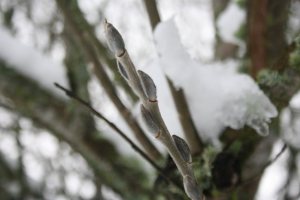 There is always the promise of spring, isn’t there? I keep encouraging myself that here, at least, winter won’t last until March, or April, or May…… This could be over in a week…could….maybe….we hope…..we pray….

Caught in the act. I was so eager to go out driving in the snow in my four-wheel drive Jeep Wrangler and take pics, that I was still in my jammies.
But, it was worth it!
Share
Pin
Tweet
Email
Print