We were working in the backyard and my teenage son, Jon,
walked into the front yard.
“Mom, there’s a deer!”
“Yea, right, Jon,” I answered quite sarcastically.
We live in town.
A big town, over 80,000 people town.
We live in a busy area.
Close to the business district and the Interstate.
“No, Mom, I’m not kidding,
there’s a blacktail deer across the street.” 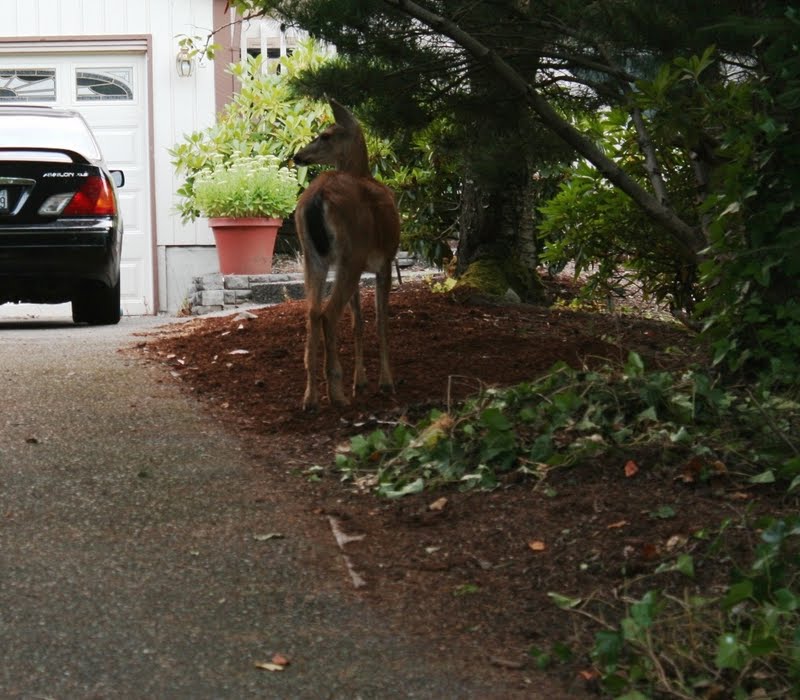 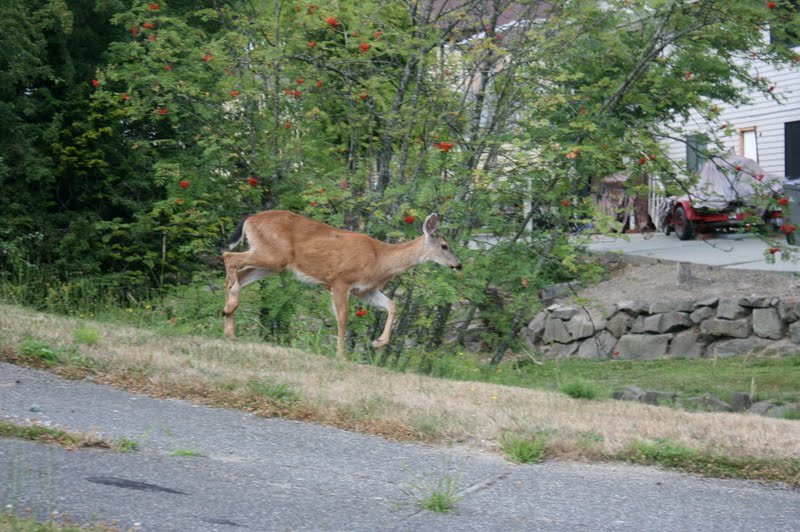 Then, he cut through the trees and down the neighbor’s driveway,
with me quietly following him,  as he headed for the creek (pronounced crick).
Of course,
I wasn’t really that quiet.
If you know me, I’m rarely quiet. 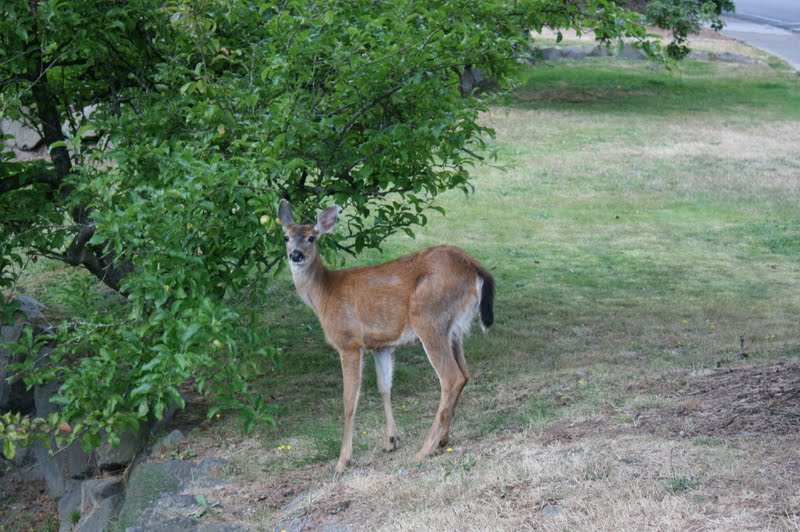 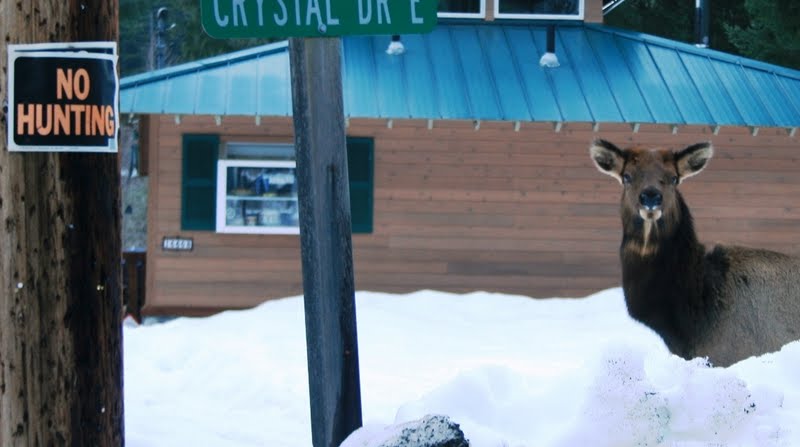 Two years ago, I Shot Elk Out Of Season.
I became convinced at this point that animals can read
and follow the Gregorian calendar.
Doesn’t this elk look smug about the sign on the post? 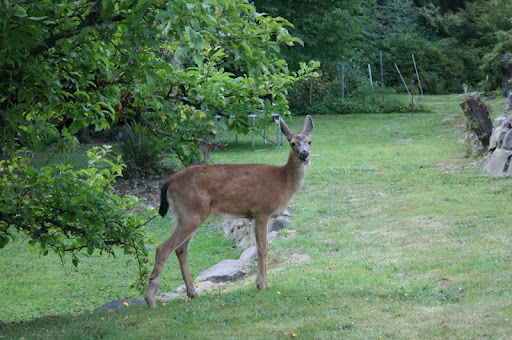 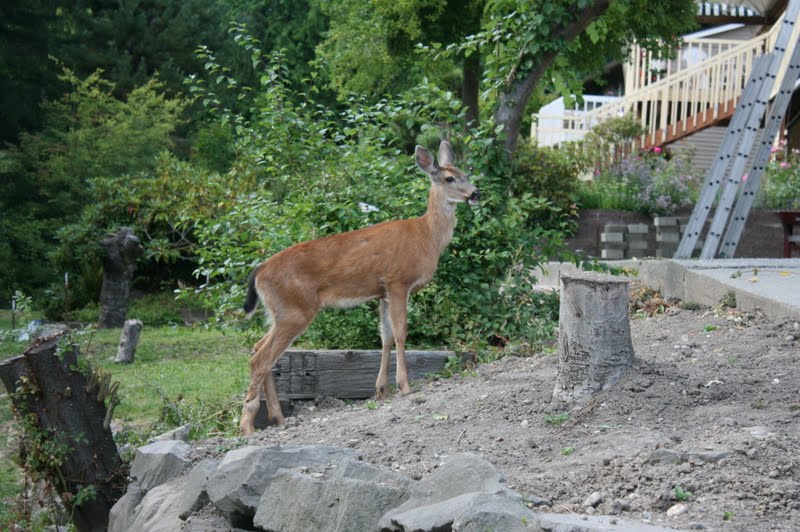 At this point, I started talking to Mr. Blacktail.
I thought deer were supposed to be skittish? 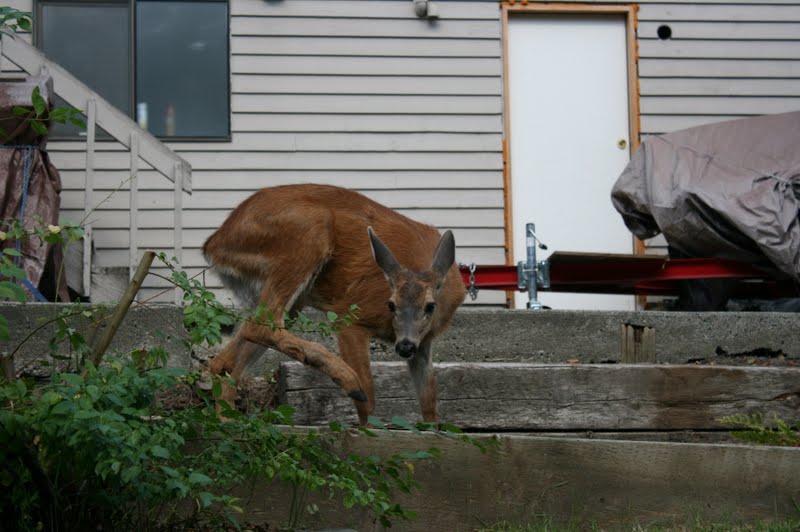 He stopped to scratch, but still held eye contact.
He was listening.
He must be a young deer, not a teenage deer.
Teenagers aren’t good listeners.
Oh, did I just say that on my blog? 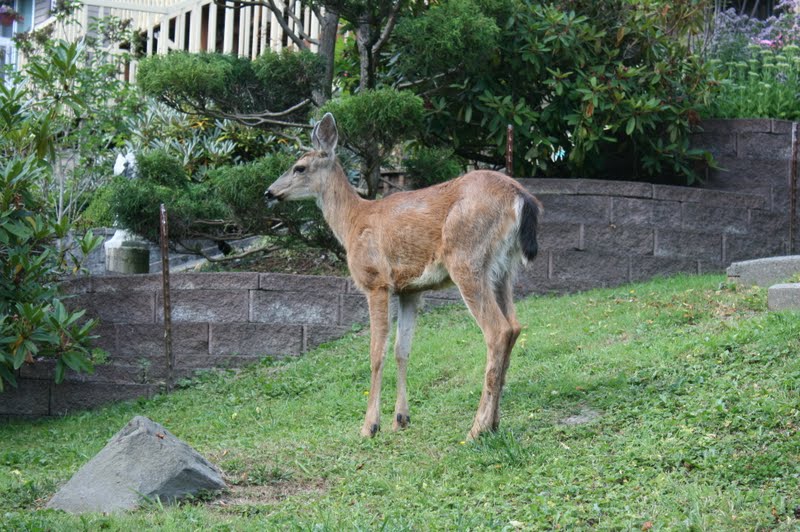 He moved on to nibble on cherries,
while I chatted on and on.
When the photo shoot was over, I walked home.
The kids shouted and played in the yard as kids do,
and Mr. Blacktail was still there. 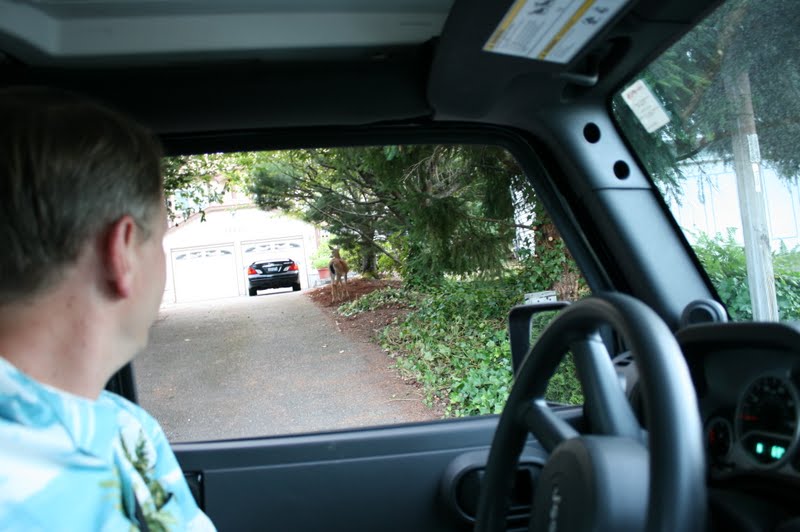 We ran some errands and when we came home,
the deer was back to the same spot,
nibbling and nibbling around the neighborhood.
He has been sighted several more times,
sometimes with a friend, another Blacktail deer.
He’s even been seen walking under our road through the culvert.
Aren’t city deer amazing?
He’s probably never been in the wilderness,
but he knows how to survive in the city.
I’m just not expecting to see him for too much longer.
After all, hunting season starts next month,
and I won’t have to post a sign or a calendar.
He’ll know.
Just like I know why he went to the creek for a drink.
He had a sermon to preach to me.
Psalm 42:1
As the deer pants for the water brooks,
So pants my soul for You, O God.