After teaching for about 17 years, I found I am addicted to correcting peoples grammar, spelling and punctuation, as captured  in this blog.


I like collecting signs and adds that should have gone through the final step of editing before being published.

The first ad was on craigslist. 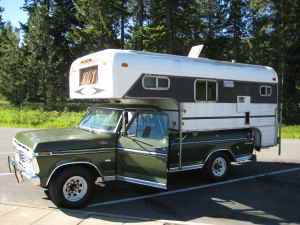 Either some kid was trying to sell his Dad’s camper or some Dad should have study his kid’s spelling words.

It took me a few read-throughs, to understand that dishes were “included” and were not in heavenly vapors.  I don’t care about the new cushions, I was hoping he’d throw in the truck.

This second one is compliments of my friend, Mr. Timmy on Facebook. 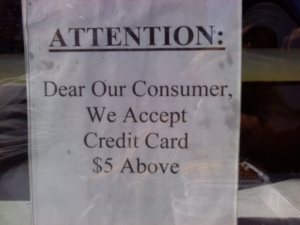 I just noticed it says CONSUMER instead of CUSTOMER.

Do you think that is more appropriate since this was posted at a restaurant?

Speaking of errors, didja’ catch my errors in the post?

Don’t count the mistakes from the ad, which is in boldface.

Lemme’ know if you passed my little