Everyone, especially women, adores love stories with the Happily Ever After Ending. They have this fairy tale idea that the Happy Ever After automatically begins right after the honeymoon. 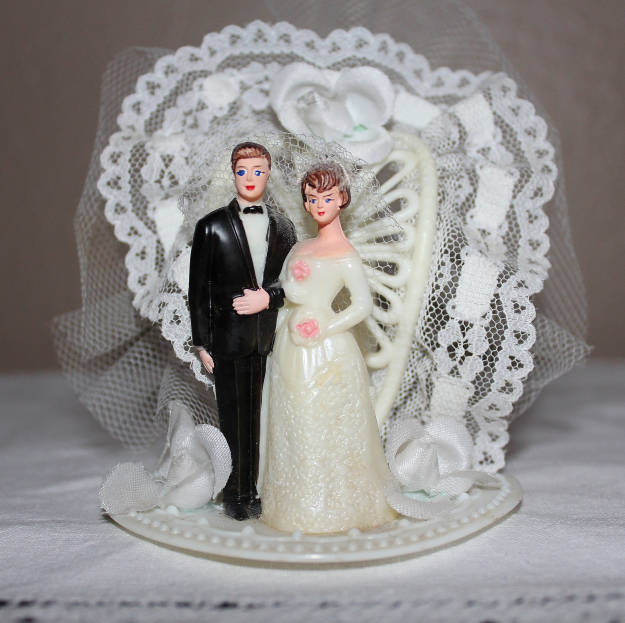 We’ve all heard the saying “The Honeymoon’s Over.” That saying isn’t without cause. When the wedding planning, the ceremony and the honeymoon are over, it’s time to roll up the sleeves and WORK on the marriage. Sometimes I wonder – if brides put as much effort into planning their marriages as their weddings, would our divorce rate divebomb instead of skyrocket?

There’s a delusion that a girl’s loneliness, problems, and inner struggles will be solved IF she can just marry the prince.

Truth be told, issues will only be magnified by the marriage until they can be resolved. They aren’t resolved by the signing of the marriage license or by saying “I Do” through a misty, romantic lace veil. Marriage isn’t a band-aid to put over owies. Marriage is the union of two people committed to stay together to love one another, heal one another and help one another be transformed into a more Christ-like image.

A few days ago, I blogged about my husband. Young single women may have sighed and longed for a spiritual man such as my husband. Young brides may have been inwardly disappointed that their husbands aren’t quite like mine. Older women probably smiled knowingly, understanding what was written between the lines. Because, I didn’t tell you the whole story.

That isn’t the man I married.

I didn’t marry a perfect man. I married a man with a Perfect Savior and one who allowed trials, older believers and the Word of God to transform him into the man he is today.

This isn’t to indicate that I was the perfect wife, that I upheld the marriage single-handedly and transformed my husband into the man he is today. We both had faults, we both were immature, we both needed to grow. But, we loved one another fiercely, we were committed, and we were best friends. I don’t want to sit and list all of his mistakes, they are as far as the east is from the west. I don’t want to talk about mine either, at this time. I just want to talk about my role as a HELPMEET during our formative, growing-up-together years.

1.  I loved him. No matter what, I chose to love him. Titus 2:4
2.  I prayed about each character issue, fault, or sin I thought I saw in him. I purposed to not say anything about the issue until I had prayed about it at least three times. That reduces the fleshly tendency to nag. It reduces irritability. It forces you to be humble before the Lord; as you begin to confess your husband’s faults, you get convicted about your own. Sometimes you begin to see the log in your own eye. Matthew 7:3

3.  I purposed to be a helpmeet. In Genesis 2, Eve was created to be a “help-meet” to Adam. In the Hebrew it simply means “one who helps.” Are you willing to help with all areas of your husband’s life? We only think of helpmeet in terms of household chores and spiritual ministries. What about besetting sins? What about weaknesses? What about sins of omission? It is still your job to help. Remember the old-fashioned vows – for better and worse?

4.  I submitted. This is not a word the world loves, but since the Lord uses it, we should understand it, love it and honor it. I learned to submit with a pure and loving heart, not just gritting my teeth and displaying outward physical obedience. I knew submission had to begin inwardly and I understood I was following the Lord as I followed my husband.

5.  I trusted the LORD to continue the work He began in my husband. Philippians 1:6 Women sometimes think they can marry any man and make him into the man they want him to be. An older woman, Ann, once warned me, “You get what you marry.” It wasn’t my job to change him, it was the Lord’s.

The overall goal in our lives for our husbands has to be for their good and for the glory of the Lord, not for our own benefit. Do we want our husbands to grow so they can be intimate with the Lord, or so they don’t irritate us as much?

For our 20th anniversary, my husband planted a beautiful  rose bush in our front yard so he could bring me red roses often. We learned to prune correctly to force, not hinder growth. To keep damage from spreading, we  pinch off and pick up all leaves with fungus and bugs. We fertilize and water. Even when we do all these things and the roses bloom month after month, there are still the thorns. Because of the beauty of the flower, we continue to put diligent work into the bush, even though we often get scratched. Sometimes we bleed.

A beautiful rose just doesn’t happen. Neither does a marriage.

Read my husband’s story and why he’s glad he’s not
The Man She Married.

Previous Post: « MM Meditation – What Do WE Want From the Lord?
Next Post: The Man She Married »