When we say we might do something, we probably aren’t going to do it.

We’re not interested, but we don’t want to be totally honest.

We don’t want to hurt feelings, so we let people down easily by first making them think we might do something asked, but in reality it won’t happen. 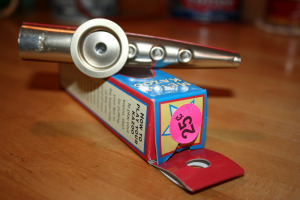 Friend, “So, why don’t you come to our son’s concert this weekend, he’s playing the kazoo in a comb band with other homeschoolers.”
You, “Oh, really, that’s this Friday?  I just might do that.”
Not.

Friend, “You should totally color your hair blue and shave a circle in the middle of the top.  It would look darling on you!”

We distractedly accept their advice, offers, and opinions, and relieve the pressure by saying “I might.”

C’mon, admit it.  You’re never going to do it.
We need to be careful we don’t impose English definitions and American applications into words when we read the Bible.
We don’t use the word might the same way the Lord does.

When it comes to God’s Word,  might  isn’t an escape route, to get outta’ something you don’t wanna’ do, it’s a plan of attack to accomplish what you need to do.It’s an outcome for obedience.
I’m not a Greek scholar  because I can’t  remember all the English words and rules as old age leaks information out of my brain as fast as it enters. But, in Hebrew might isn’t a word, it’s a tense combined with other words.
In verse 71 “might learn” is the primitive root “lamad”  defined “learn” and  the imperfect tense Qal. The imperfect expresses an action, process or condition which is incomplete, and it has a wide range of meaning.
Ya’ wanna’ hear it in red-neck language? Try this on for size.
Might means “live in the state of.” Apply it to those verses. Powerful, huh? This new definition might change your life as you read the Word.