Writers see a blank piece of paper or computer screen as an emptiness waiting to be filled.  It’s not alive until our words cover the area in a literary dance. The blankness beckons something deep within that needs to be released.

Artists must feel the same way about when beholding a blank canvas, seeing an exciting possibility for their creative  explosion of paint,  inspiration, and talent.

They shuffle, build, and tunnel, forming caves, towers, snowmen, paths, and messages.  Snow can become anything and take them anywhere in their imagination. 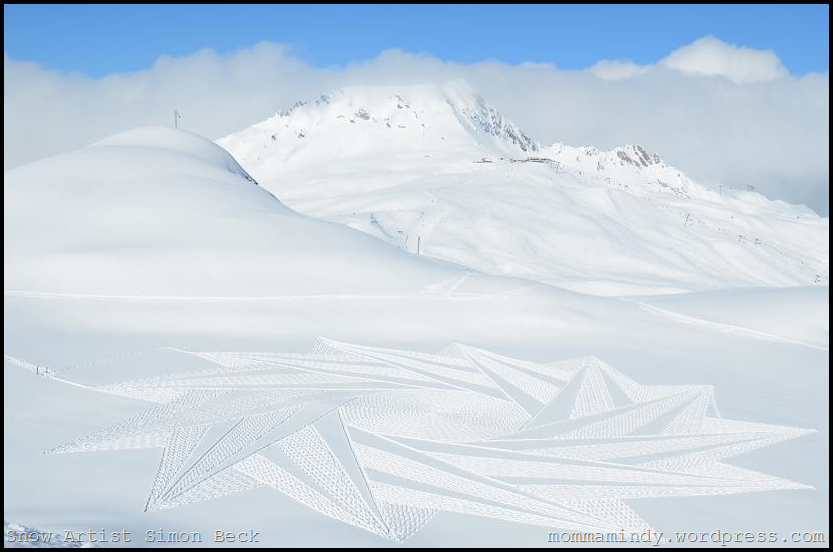 Playing in the snow is no longer a playtime activity for kids, it’s now a recognized art form. 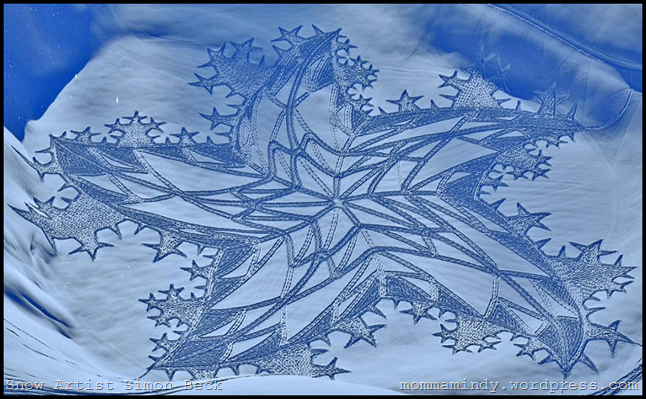 The snow artist, Simon Beck, sees a field of newly fallen snow as an emptiness to be filled. 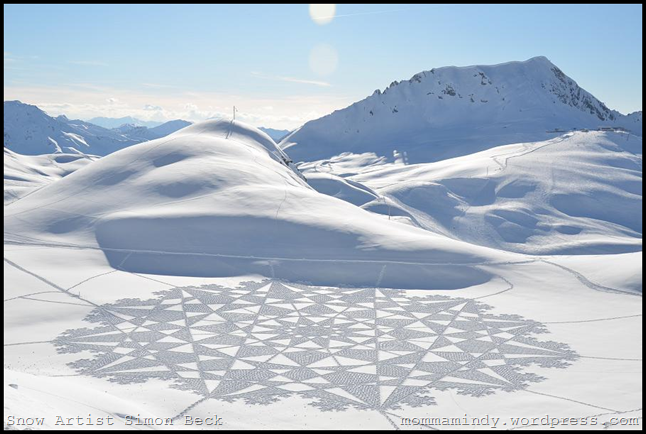 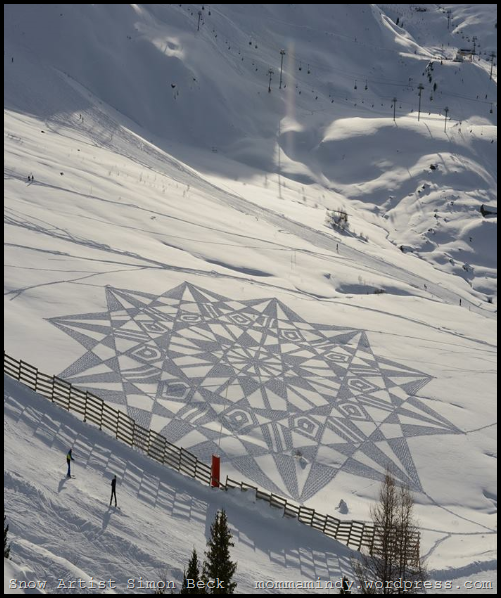 Each design takes about 10 hours to make, using snowshoes, a handheld orienteering compass, and pace counting. 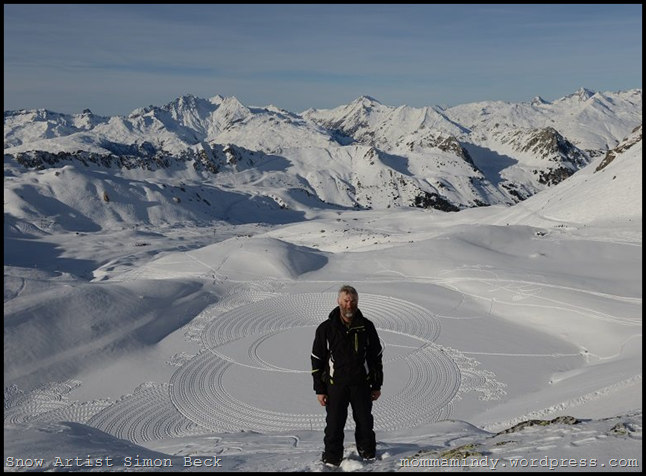 Then, he posts the images and allows anybody to use them for free. 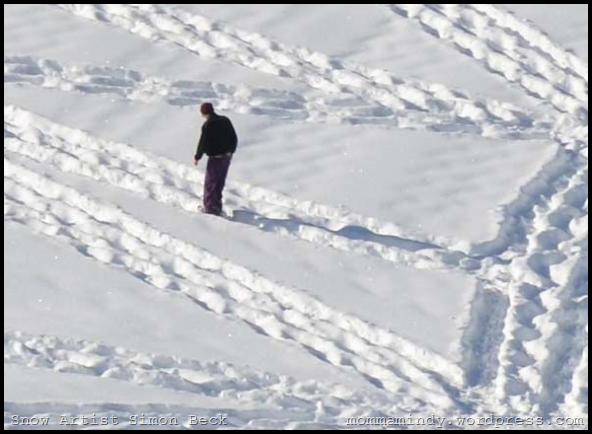 I was  fascinated by his talent and his generosity with his pictures. But  when I saw to this picture, it reminded me of a time when my shuffling in the snow produced a very different result.

I was a 7th grader at the Helena Junior High, a time of angst and crushes. Those same feelings had accompanied most of us through elementary school, too, but  in junior high there were dances and dates, and we keenly felt the expectation that it was time to act on those crushes.  We advanced from kicking or chasing the boys we liked on the playground, to more mature behaviors, like passing notes in the hallway.

By late fall, I had a crush on a kid named Kevin.  Because we both had long, blonde hair, hey, it was the 70’s,  I thought we needed to be a couple.  My last  name ended with a B and his with a C and since our teachers were obsessed with alphabetical order seating charts, several times a day he was very near.

But, he was very, very shy, and I couldn’t eke out a smile or a blink from him, despite soulful stares down the aisle of Mr. Beveridge’s classroom.

One morning I was trouncing across town to get to school, ya’ know back in those days when you walked everywhere regardless of traffic or weather, and  my heart was too obsessed with my crush to notice the white snow that had covered the  world overnight.

Until I got to the little hill above the junior high football field. There was a beautiful, white rectangle of sparkling snow awaiting my artistry. The vast blankness needed to come alive with a literary dance.

Inspired, I eagerly plotted my course and made my way to the canvas, where I began shuffling my feet to form block letters.

I thought I would leave an innocent message of love in the football field. Since it was at ground level, I didn’t think anybody would be able to read it.  Only me.  People walked by and asked what I was doing, but  I refused to answer. I wanted to keep my crush a secret.

Artwork completed, I  headed to my locker across from my first floor homeroom class.  I was surprised to hear kids teasing me about Kevin as soon as I entered the building.

Duh. Duh. DUH!  Kevin’s homeroom was on the second floor.  While shuffling in my black snowmobile boots with the fur-lined hood of my parka pulled up around my face,  I hadn’t noticed classmates gathered in the second-story windows, laughing and pointing.

My secret message wasn’t so secret.

The public declaration so humiliated him, he was still red during our English class  a few hours later.  It took a few days for the snow to melt my embarrassment  and the junior high chatter to focus on someone else. He never did  talk to me.

One good thing about those dumb junior high moments in my day that today’s kids don’t experience – nobody took a picture.  Nobody revealed my angst on Twitter, Facebook, Instagram, or Pinterest.  I wasn’t publically humiliated for more than a few days, then it died down.

After that, I gave up snow artistry and let the blankness of notebook paper beckon any messages that begged to be released.

My literary dance left my heart in the snow.