February 9th we woke up to yet another PNW surprise – snow.
We loved the White Christmas,
we vaguely enjoyed the next few snows,
but in February we’re feeling a little less tolerant. 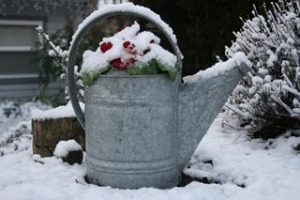 After all, many of us are planting spring flowers – the favored primroses. 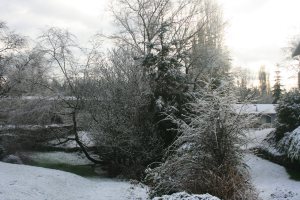 Still, we pause to embrace the moment.
We take our pictures, the kids play in the snow.
We take the traditional “flocked trees” pictures. 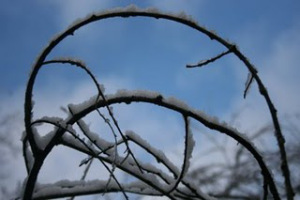 Then, look for a better shot. 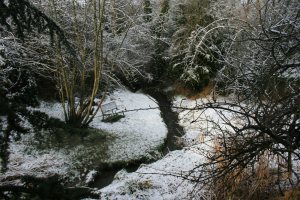 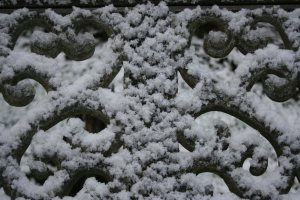 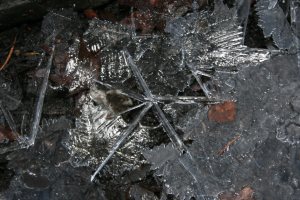 This beauty appeared in the puddle at the bottom of my drainspout. 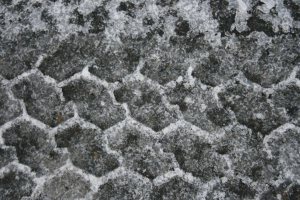 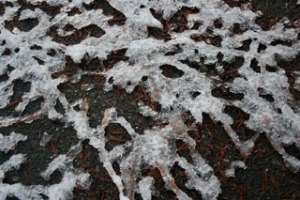 The sidewalk beneath the huge cedar tree hadn’t been swept for awhile,

a long while, actually,
but my procrastination produced an incredible pattern.
A man walked by as I was down by the creek and I heard a
crunch, crunch, crunch, as he trampled the snow patterns underfoot.
When the morning sun broke through a few minutes later,
the crunch, crunch, crunch
turned into
drip,
drip,
drip.
To protect my camera, I went inside.
By mid-afternoon, all these patterns were almost all gone.
But that evening, the snow came back again in a flurried vengeance.
Now,
with the snow persistently hanging around the colder parts of the neighborhoods,
it crunches a little,
it drips a little,
it crunches,
it drips,
while we wait for it to
totally
disappear.
Share
Pin
Tweet
Email
Print