While on vacation this summer,
I drove by Prairie Petals,
traveled down a  Prairie Path,
relived Prairie Pain,
and gave my friend, Janet, a Prairie Pedicure.
We’ve traveled through tears, tares and turds, horse, that is.Today we tackle Prairie Photography.

When I was rebuying maternity clothes and a new diaper bag at 38,
with my precious 6th baby,
my high school friend, Janet, was celebrating emtpy nest syndrome,
so started a photography business
and started toting a camera bag.

We both loved our different bags and the lives they symbolized,
but laughed at the opposite paths our lives had taken.

In her photography business,
Janet uses creative settings and props

to enhance and highlight the personalities of her models.
High school senior McKenzie,
yes, we went to school with her parents,
wanted her first pictures taken with her best friend. 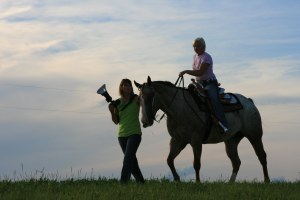 A walk down the gravel road to set the stage. 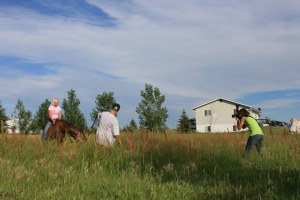 It is amazing to see such a common scene,
the weedy patch next to a house, a girl and her horse,
become this. 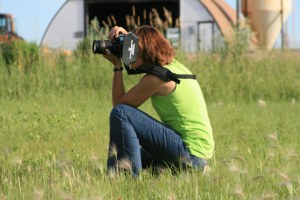 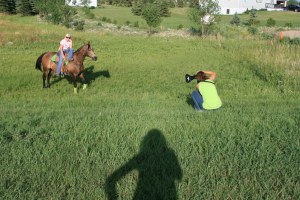 I had to be in one picture. 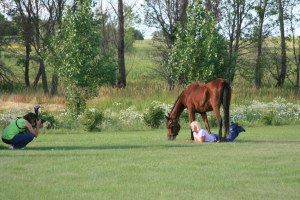 I loved watching the moments unfold.
Janet allows her clients to suggest poses,
as McKenzie did here,
and adds tips that would make the pose succeeed-
lift your feet, tip your head, don’t fake smile,
suck in your tummy, relax,back straight, lean this way,
weight on the front foot, chin this way. 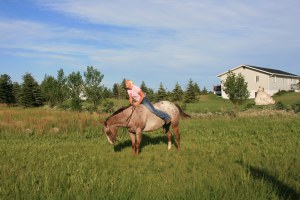 Some moments unfolded better than others. 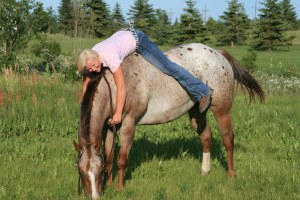 This is one pose you won’t see on Janet’s website.
Yea, it’s a pic nobody would choose to pass out to their friends,
but it marks the spirit of the photo shoot.
It was just fun. 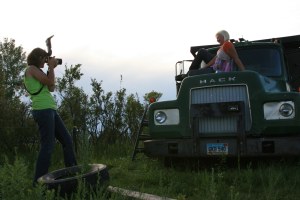 Where else would a girl named McKenzie
want to pose for a picture?
This truck was parked out behind the house. 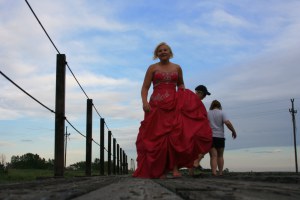 You know those old rotting country bridges other that people just drive over?
Janet likes rustic appeal for pics.
Since people expect to wear the prom dress inside the studio,
Janet likes to take them outside to contrast the setting. 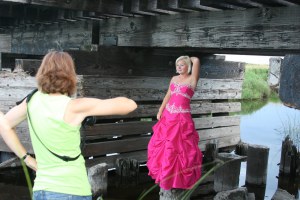 When Janet showed her how to move her hand to her hip,
this sassy pose was created. 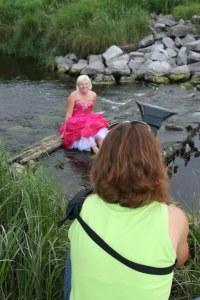 For further shock appeal,
how about sitting in that crick in your rhinestone studded dress?
It was worth it. 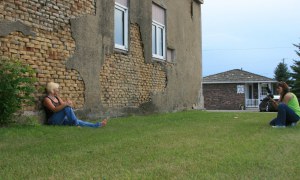 Before a shoot, Janet often scopes out the area,
seeking out interesting backdrops.
This building is in a small town a few miles away
made Janet’s pic turned out great.
With a  few mouse clicks from the photographer
and you have Kenzie reflecting her horse dreams.
Check it out! 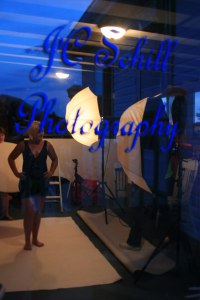 Into her studio for more clothing changes
and more chin up, turn your head. 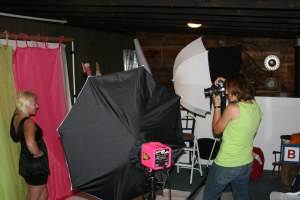 Simple sheers add splashes of color,
the huge “umbrellas” are part of her light system. 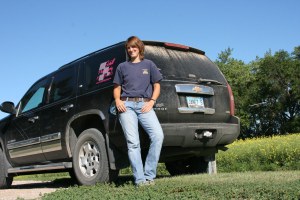 Advice from Janet Schill,
Prairie Photographer,
for great home photography –
“I think the most important thing for the home photographer
to do with kids is get down to their level.
You’d be surprised at how many people stand
and point the camera down on their kids.
When you look at the world from their level,
everything takes on a whole new look.
Watch which direction your light is coming from.
Don’t shoot towards the light,
have the light behind you or from the side.
Window light is great light, use it.
Also, if shooting outdoors, use open shade or cloudy days if possible.
It elimates harsh shadows and gives you great soft light.”
Be inspired in the images you capture of your children.
Shoot under the horse,
under the bridge,
and outside the box,
just like the Prairie Photographer.
Share
Pin
Tweet
Email
Print