For new readers or readers who have forgotten the details of my thyroid cancer journey, (that’s OK, it’s been over 7 years, my own family has a hard time keeping track of the details) I’ll give a brief history. 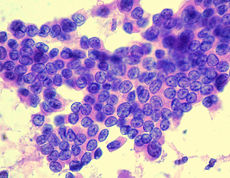 (according to Wikipedia, this is what papillary thyroid cancer looks like)

I’ve been HYPERthyroid for awhile.
Doctors often use the line, “Thyroid cancer is the BEST cancer to have.” Some days I don’t believe it. However, after losing three friends to cancer in the past year, I started to believe it. The faith is seasoned with Survivor’s Guilt, but I now believe it.
I’ve been told I will never be cured, that I won’t die from my cancer, I will die with it. Which means, apart from a miracle, my sure cure will be death.
It makes me so thankful I believe in the Lord Jesus Christ! For those of you who also suffer in your earthly tent you may be longing, like me, for that new body. You may be longing to claim that  promise of no more sorrow and no more pain and to have those final tears wiped away with nail-scarred Hands.
But, today, my tears are of thankfulness and joy. My six month lab work shows, for the second time in a row, no thyroid antibodies in my blood. When cancer is active, your body naturally produces antibodies to fight it. My three tumors haven’t grown, according to the previous sonogram, so things are being held at bay. 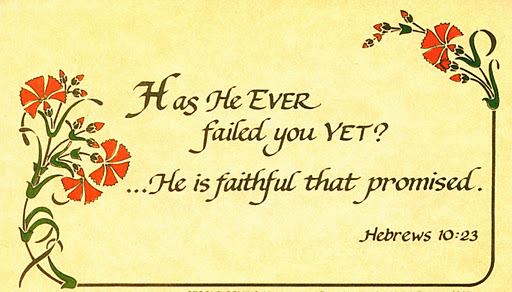 Through seven years of cancer, He’s never failed me.
I have failed to believe Him, but He hasn’t failed me.