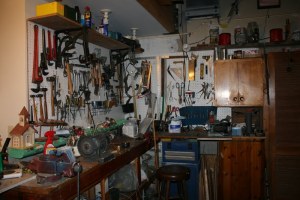 This is how my Dad’s tool bench has basically always looked.
The vise is the same.
The pegboard is the same.
The grinder is the same.
Every house we’ve lived in,
whether Dad’s workbench was in the basement
or out in the garage,
it’s looked like this. 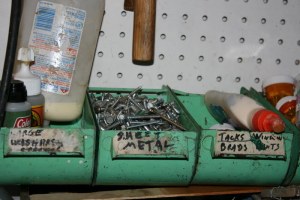 These green containers with Dad’s familiar handwriting
have sorted his smaller items for years.
But, some things do change. 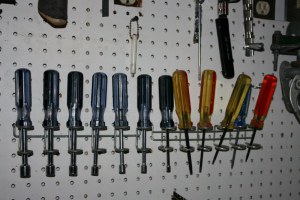 Look at this row of screwdrivers.
Notice anything unusual?
I’m not talking about the one that’s leaning forward,
if that bothers you, you might be slightly OCD.
Think harder.
Every screwdriver is right where it should be.
There isn’t one in the junk drawer,
one in the toybox,
one under the car,
and one in the garden.
They’re all there.
They’re all there in a nice, tidy row,
just waiting patiently to be used. 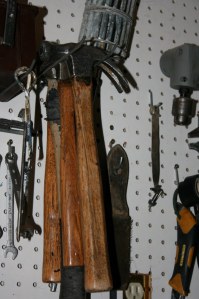 As a kid I could never find a hammer.
(I guess Dad couldn’t either.)
There would be one in every fort the boys were making,
(I have three brothers)
there might be one in the driveway if we were smashing rocks or marbles,
there might be one at the neighbor boy’s house,
if he’d lost his Dad’s hammers and needed to borrow one of ours,
and there might be one in the boys’ bedrooms because they were
“fixing” things or “making” things.
Count them.
Three hammers.
They’re all there.
For years my Dad tried to keep his tools from wandering off.
He’d try to lecture the boys on responsibility.
He’d try that piece we all know about money not growing on trees.
He tried to instill the desire for orderliness,
showing them how great it was to go to the workbench
and actually find the tool you were looking for.
Nothing worked for many years.
But, I don’t remember my Dad
ever
forbidding the boys from using his tools.
He just endured.
Maybe he knew that someday the boys would leave
and his tools would look like they do now.
Maybe he even dreamed about the day
when he would go to get a hammer
and he would have three to choose from. 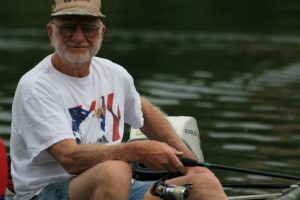 But, I don’t know if my dad ever dreamed about
the amazing sons he would raise.
My brothers can build or fix anything.
Seriously.
And, they all buy a lot of tools and keep them in order.
In fact, my Dad’s been known to borrow tools from his sons,
as they became more skilled and began buying bigger and better tools.

My Dad’s workbench gives me hope.
Someday, my house will be clean.
My scissors will be where I put them.
My pens will be in the pen jar.
My burners will be clean.
My sewing machine will be threaded.
My glue sticks will have glue in them.
My tape will be in the drawer.
My cupboards will be clean.
My craft cupboard will be neatly organized.
My paints will not be open and dried out.
Until then,
I need to endure.
I need to remind myself that my “stuff”
is being used to train them for their futures.
And someday, by the grace of God,
I’ll be sitting back,
marveling at the amazing children I have.
Then, I will take all 20 pairs of scissors,
and hang them on pegboard.