I Corinthians 1:20,
“For all the promises of God in him
are yea,
and in him Amen,
unto the glory of God by us.”

“Yea” – this King James word  is now a part of modern vocabulary, pronounced slightly differently, but used the same. It’s a word those around young people often hear…..YEAH…slang….We are constantly trying to get our kids to say YES instead of YEAH.

After awhile, in a teenage mumbled version of conversion when YES becomes YEA and NO becomes NAY, you can’t tell the two words apart. Of course, you can use that to your benefit, “Oh, you said NAY, you don’t need any money?” Or, “Oh you said YEA you would love to help with the dishes?”

The modern translations use YES. We understand yes.

However, Online Bible notes on the original language tell me this is more than just an affirmation, it is a strong affirmation. It is absolutely, positively a yes.

It should be enough that He promises us things.  We should trust and believe Him.

When we tell children we’re going to do something, they want us to promise them. Then, they want to check our fingers, to see if they’re crossed. In universal sign language, crossed fingers negates any spoken promise. 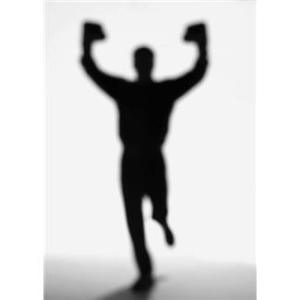 If you wanted to demonstrate this to teens, you would yell YEAH! very loudly with air fist pumps emphasizing how strongly the YES is a YES.

If you wanted to explain this to a small child, you would promise and show them your fingers are uncrossed.

YES is always YES when the Lord promises something.

But, the Lord doesn’t just say YES to all He has promised.

He adds AMEN. Online Bible says that Amen is the most universally recognized word, and again, the definition packs more power than the word alone. It’s an expression of absolute trust and confidence.

So, the Lord gives us a promise. Then He reminds us His yes always means YES. Then He gives further affirmation and says I WILL MAKE IT HAPPEN.

So, once again, the weakest link is the frail human who cannot grasp the promises in the Word of God and apply them to their hearts, their lives, their trials and tribulations.

Next time you read your Bible, when you read a promise, put these exclamation points at the end –

“Oh YEAH, He absolutely, positively says YES!” and  “He will make it happen!”

Because His promises are YEA and AMEN.