ABC Jars are a fun way to play while learning.

I’ve wanted to do this for years, so am excited I can finally cross this project off my list of good intentions!

The original idea came from a woman who taught with Mr. P years ago, but she used white frosting tubs. Each week they highlighted a letter of the alphabet and the kids brought items for the jar.

I loved the idea of having see-through jars, but if you have toddlers and glass isn’t an enticing idea for a manipulative, you might choose the plastic alternative. 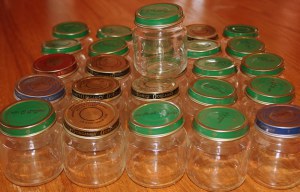 I started with 26 baby food jars. Thanks, cutest granddaughter, Brookie! 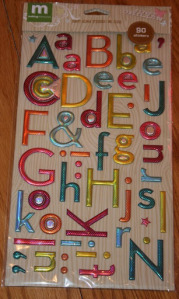 I bought a can of gray spray paint ($3) and alphabet stickers ($5). Stickers are surprisingly expensive! You could choose a cheaper option, but I loved that they were puffy, plasticy and bright. 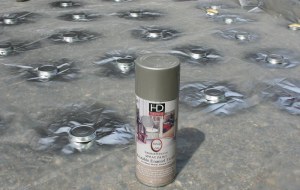 I spray-painted the lids outside on a sheet of plastic. One coat covered the colored caps well. It dried in four hours. 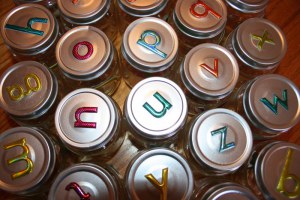 Lower case stickers were pressed on to the lids, 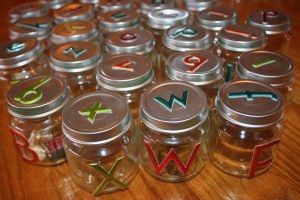 and uppercase stickers to the jars. 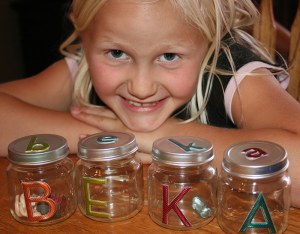 For her first grade phonics, Beka is excited to fill the jars with little items that begin with the letter on the jar. We began scouring the house today for tiny plastic animals, monopoly movers, and scrabble letters.

Other ways to use the jars:

I’d love to have your input on this project!