Walking on Omaha Beach is almost indescribable. Especially if you’re a history buff with a strong appreciation for veterans.

I experienced this poignant adventure with my hubby, also known as Mr. P, and two of our daughters in April. 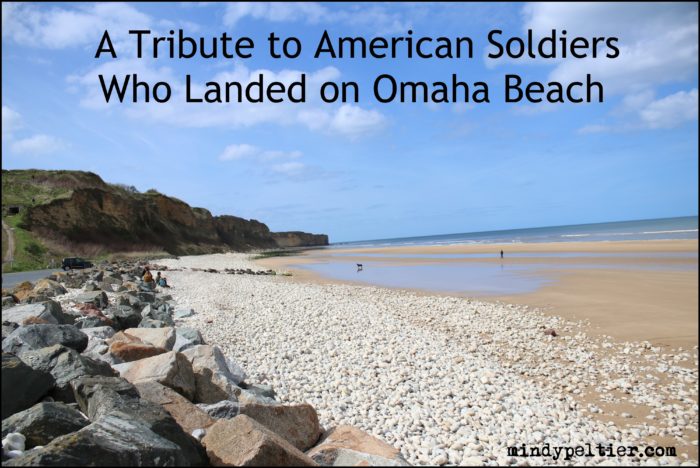 Omaha Beach is the French beach where 34,250 American soldiers landed June 6th, 1944 to free the French from cruel Nazi occupation. Around 2,000 of them didn’t make it home. If you want to read about all five beaches of D-Day click here.

The village of Saint-Laurent-sur-Mer is a cozy, welcoming town snuggled next to Omaha Beach. In Paris we felt the disdain of the French people. In Normandy, we felt loved. 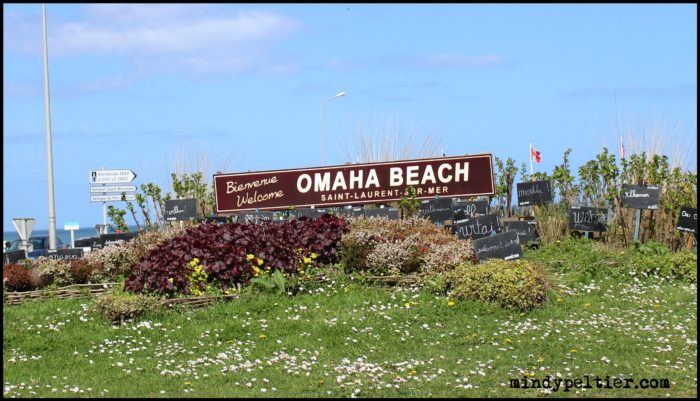 French hands plant, weed, and prune this landscaped garden that welcomes visitors on their pilgrimage to the sacred ground. 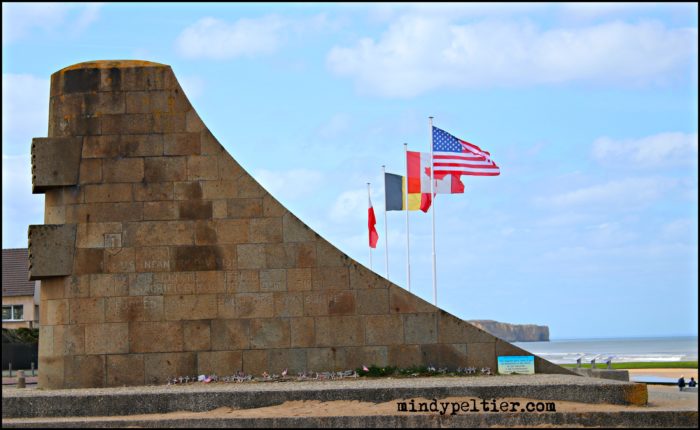 Flags from countries that participated in D-Day fly on the edge of the beach.

The etching on the monument says:

“1st US Infantry Division
No mission too difficult.
No sacrifice too great. Duty First.
Forced Omaha Beach at Dawn 6 June.” 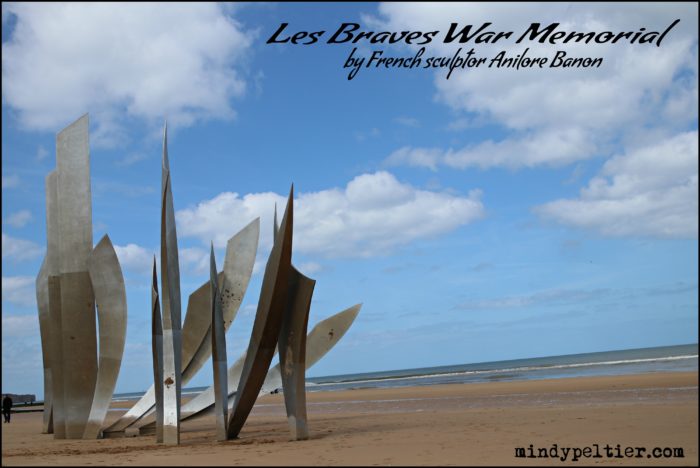 This modern memorial was birthed through the talent and passion of the French artist Anilore Banon. The graceful stainless steel elements represent three attributes.

The Wings of Hope
Rise of Freedom
The Wings Of Fraternity

Read more about this sculpture  here. 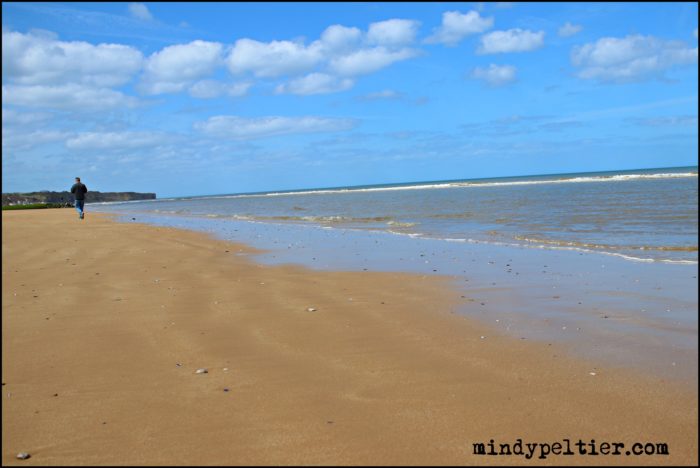 We walked and walked, hearing the stories of the sand as told by books we’ve read, movies we’ve seen, and veterans we’ve been blessed to know.

This trip has been on Mr. P’s bucket list for a long time. It was wonderfully hard being there. 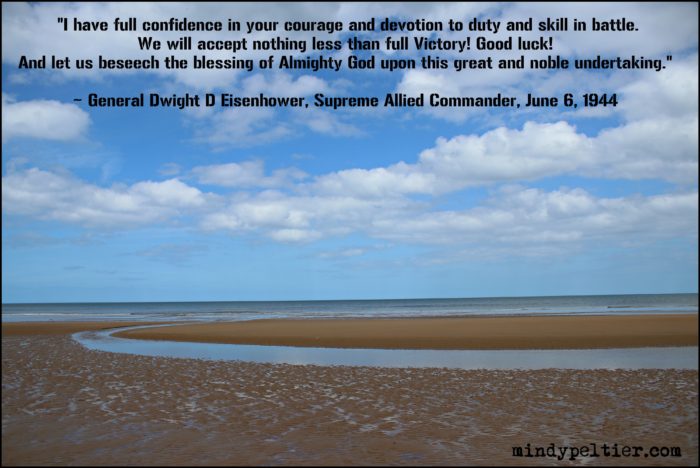 Sometimes we talked, other times we drifted apart for moments of quiet contemplation.

The ocean breezes whisper the marvel of the Longest Day and the impact it had on the conclusion of World War II. 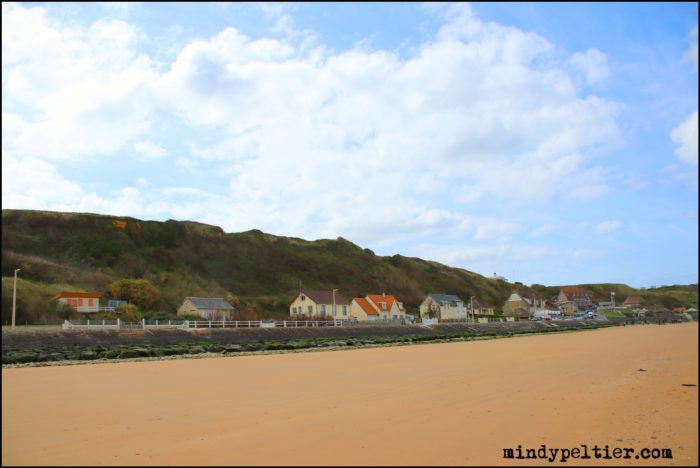 Homes along the beach stand as sentinels of survival.

Too many French civilians lost their lives during the Allies efforts to free them from German occupation, but in the last 74 years they’ve dedicated much time and money to honor their liberators.

Americans are as equally indebted to the French for the immeasurable price they paid and for their dedicated appreciation. 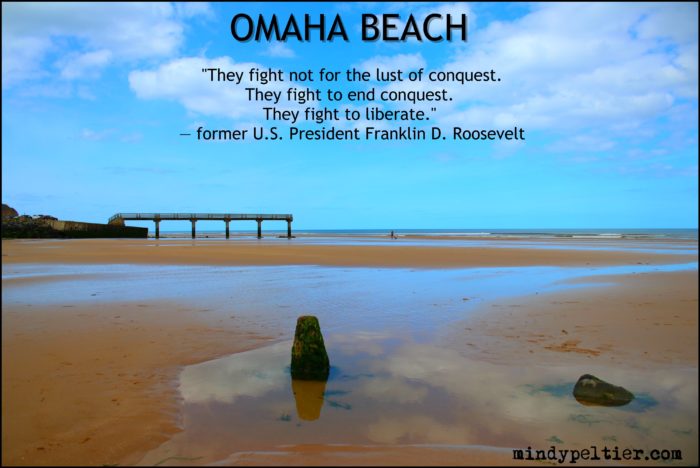 The song of the sea soothes wounded hearts as those that come to remember stand with their feet sinking slowly into the shrapnel-filled sands of Omaha Beach. 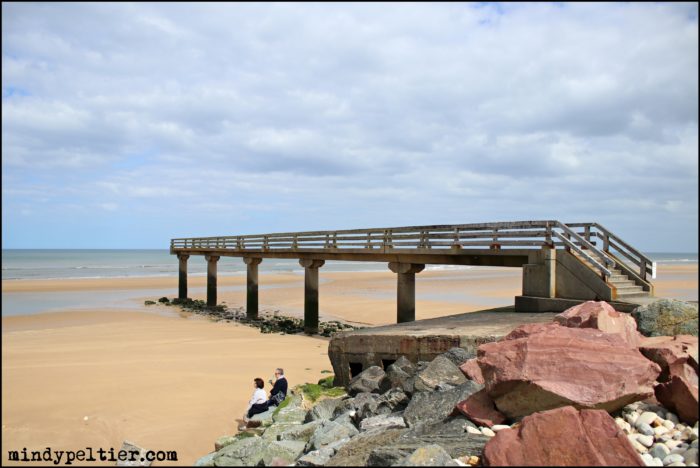 Many stop to contemplate. It’s not a typical tourist sight where you admire with your eyes, you feel with your heart. The statistics and facts become alive with the smell of the salt air, the sight of the remnants of concrete fortifications, and the sad shrieks of the seagulls.

You’ll notice many tears and tissues on a journey on Normandy. You won’t walk away unaffected. 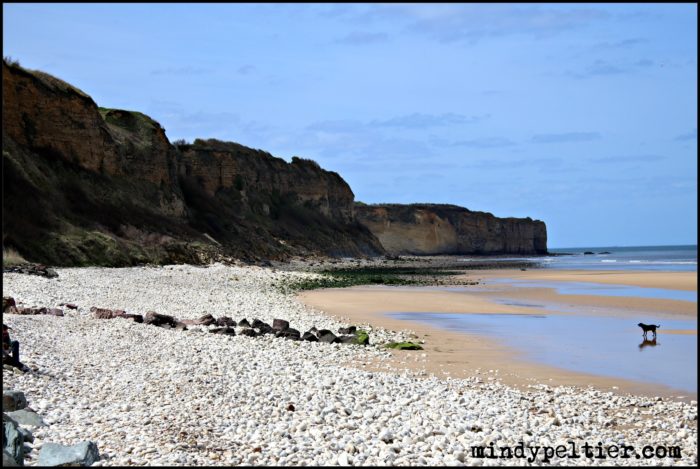 Many, many lives were lost on this ocean-side entrance into France. But, the first steps of the American soldiers through these waters, across this sand, over the rocks, and up the German-infested hills were steps towards an Allied victory over the evil Nazi regime.

The 1st Division’s motto claims, “No sacrifice is too great.” They lived and died by this motto.

Omaha Beach is a grave tribute to the heroic deeds and the great sacrifices of American soldiers during World War II.

Other Omaha Beach articles to enjoy: