The first time I ever heard the term was when one of my adorable nephews was whining and my sister-in-law, Susan, was urging him to quit. She leaned over from the kitchen sink, looked into his frumped out face surrounded by blond curls and said, “Take a CHILL PILL!”
.
I thought it was hysterically funny, but, I kinda had to ask her what it meant.
.
She answered, “Ya’ know, like chill out!”
.
My admiration grew for this totally hip woman who could calm an annoying child with total coolness.
.
I decided I better change my ways and stop yelling, “Will you please SHUT UP!” I know, I can see some of you “shut-up-is-a-bad-word” people shuddering. “Be Quiet” is more polite, I agree, but it just isn’t effective. With six kids there were times when effective was good….and necessary….and safest for all.
.
“Take a CHILL PILL!” is definitely effective and non-offensive and with-the-times.
This week, I have been wishing there really was a Chill Pill. I WOULD have loved to have taken one every day this week, along with the bajillion or so others suffering in the heat wave of the PNW. Seattle broke a record with a temp of 103. Since the average July temp is 75 degrees, that is 28 degrees warmer.
Since most of my elderly ND relatives swear that every summer day in ND has been a 100 or higher every day since they started using the one bottom plow to break the sod, I know this stat isn’t too impressive to some.They would tell me they had no ice because the blocks of ice cut off the lake and stored in sawdust were all melted. I could boast right back that Safeway ran out of bagged ice yesterday.
They could tell me that they had no fans,
and I could boast that the shelves were out of fans
in the stores we checked by Tuesday.
So, to make my complaint valid to all,
let’s take the average July temperature of my birthplace, Valley City, ND,
which is 81 degrees, and add the 28, that would make it 109 degrees.
Have I made my point?
It’s hot.
It’s really hot.
It is hot when you wake up, it is hot all day,
it’s hot in the shade, it’s hot in the cars,
it’s hot, hot, hot. I never knew ankles could sweat.
The majority of homes don’t have air-conditioning,
and trying to get cars to cool down in traffic on asphalt isn’t easy.We got creative in our ways of trying to beat the heat. 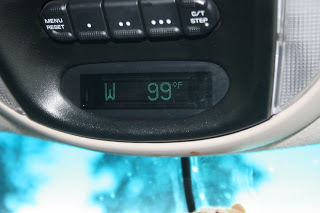 At the beginning of the week we were shocked with the temp registered by my mini-van. 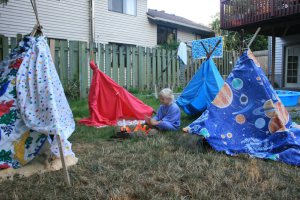 The kids built a civilization of tee-pees, claiming that it was actually cooler inside.
When I said NO to a real fire in the ring, creativity kicked in.
Orange paper. 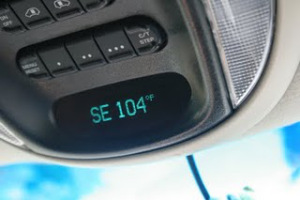 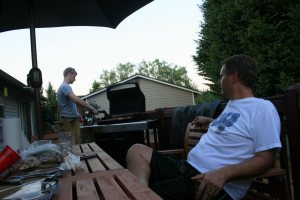 Living on the deck when the sun goes to the front of the house.
Letting the men cook. That really helps beat the heat.
We also ate in restaurants with AC. My neighbor, Kelly-Across-the-Street,
told me they couldn’t find availability in a restaurant Wednesday night.
They had to go home and eat sandwiches.
Our economy is definitely booming. 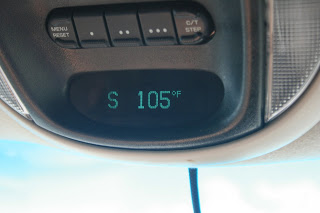 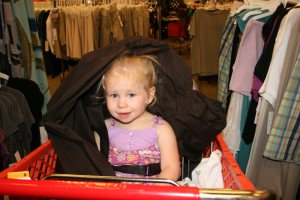 Shopping at Target in luxurious AIR CONDITIONING.
We went three days in a row.
So did the rest of the people.
The clerks were ecstatic.
It was like Christmas in the store, and they were making lotsa money.
Little Brookie playing in the cart, covering up with the dress Gramma was going to try on.
The AC musta been chilly to her. 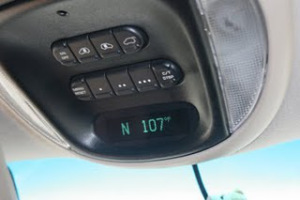 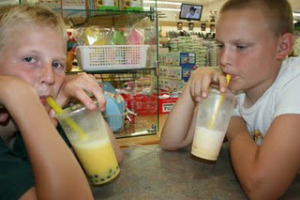 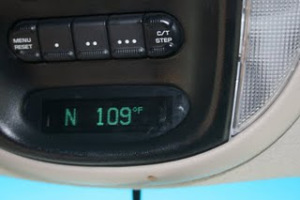 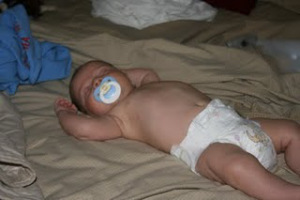 Poor little Brayden wanted to be held all the time, but it was so hard to hold a 98 degree baby when the internal temp of the house was around 90 and outside was 100.

We used a water bottle to spray to mist him and then had the fan blow on him while sleeping.
His Mommy gave him lotsa cooling baths. 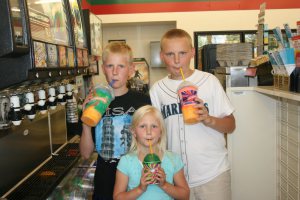 Slurpees are sure to bring down body temps but there is a health hazard.
They can freeze your brain. 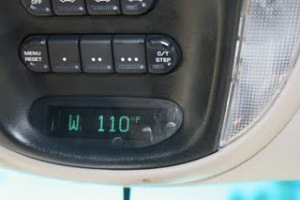 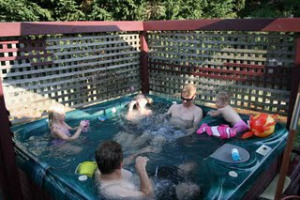 We finally filled the hot tub with water and the chemical, but didn’t heat it past 80.

By the second day, the water was so overheated from the sun,
we had to drain some and add cold water.
We sat in here for hours each day.
We were like the Washington Raisins.
We would sit and sip water and juice and tea and just soak and splash and
CHILLED OUT! 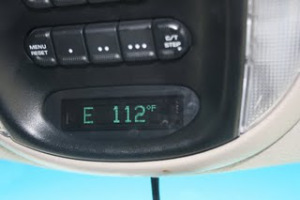 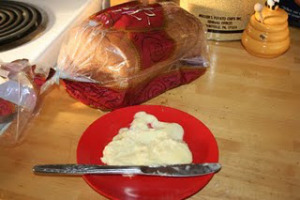 First time my butter isn’t filled with crumbs and swipes of peanut butter,
then it had to go and melt into oblivion.

We lived on ice-cream bars and frozen fruit bars instead of toast. 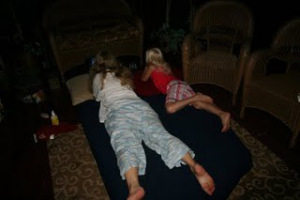 We slept outside because the temp was night was in the cool 80’s. 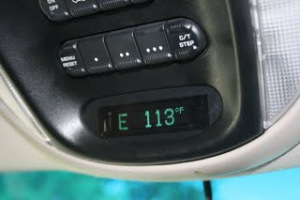 Then, after days, the winds of change blow over the Olympic Mountains.

This morning, my house is only 73 degrees.

After breakfast, I have a travois full of tee-pees to wash.