I learned about death as a very young girl.   A neighbor who survived Vietnam was killed in a car accident.  One day he was a tall, dark-haired young man visiting his mother, the weight of the war stooping his once proud shoulders, the next day he was  a memory that haunted the neighborhood.

Death is no stranger to anyone. We’ve all  lost relatives, classmates, and friends. We learn to live again, but we’re never the same. Death is an amputation of the heart without anesthesia. We physically understand death, we know it’s inevitable, but we never get used to it.

This past year, my husband lost two father-figures. His own dad died when he was a child, so he has always sought out older men to mentor him. In July we lost our spiritual mentor, John, a man who befriended Scott as an 18 year old college student and discipled him for decades.

Preaching John’s funeral was one of the hardest things Scott had to do.  Before we could even recover, another loss took our breath away.

When we moved to Washington ten years ago, we were befriended by a couple in the neighborhood, Kim and Kevin. We found ourselves warmly welcomed into their family circle, invited to parties, vacations, and  holidays with their family. Gradually, over cups of coffee on Saturday visits and an annual camping trip, Kevin’s dad became Poppa Al to us. We knew when Scott and my sons were invited to go on their annual hunting trip, the relationship was official.

Being a pallbearer for Poppa Al recently was the second hardest thing Scott faced. We knew death was coming, cancer is an enemy not all face and conquer. Loved ones had their chance to share their final words and cherish those last few weeks.

But, expecting a death doesn’t make it easier. Al was a quiet, a hard-working man who loved his family and served all those fortunate enough to know him. He was not one to draw attention to himself, except with his sense of humor.  He focused his time and energy on others.  He wasn’t famous. He wasn’t rich. Or so I thought until I attended his packed funeral.  His life had made such an impact, even his dentist attended.  He was rich in the legacy of love and thoughtful deeds he left behind. 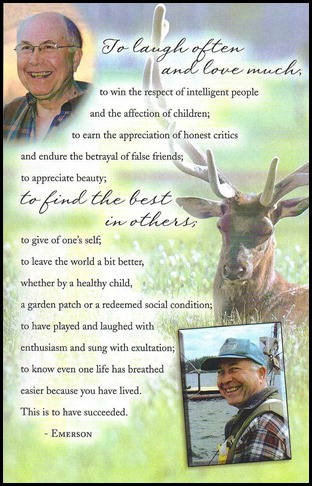 My grief, coupled with the grief of the entire church, was a burden I could hardly bear quietly. It almost seems sacrilege to honor such deep loss with quietness. I scribbled these thoughts while holding myself together as we mourned the death of our dear Poppa Al.

I do not want to grieve quietly.

I do not want to sit on the hard wooden pew, politely dabbing away offending tears with a wadded tissue.

I do not want to sit still, firmly pressing my legs together to keep them from trembling.

I do not want to bite my tongue until it hurts, to keep the pain from escaping in loud, hiccupping sobs.

I do not want to stare at objects on the wall, not daring to blink, lest tears splatter the front of my black dress.

I do not want to participate in such  quiet, polite, socially acceptable mourning.

I want to throw myself on the ground, unrestrained, and let my body pour out the grief as deeply as it poured out its love.

I want to cry as loudly as I have laughed with my loved one.

I want the tears to be unhindered to form two rivers of sorrow on my face, marring my make-up and proving how much I dread facing the next tomorrows.

I want to weep passionately and show death is an amputation of the heart and that I will never, ever, ever be the same.

But, there are rules of etiquette I dare not break, so I sit politely, biting, staring, and dabbing.

But I do not want to grieve quietly. 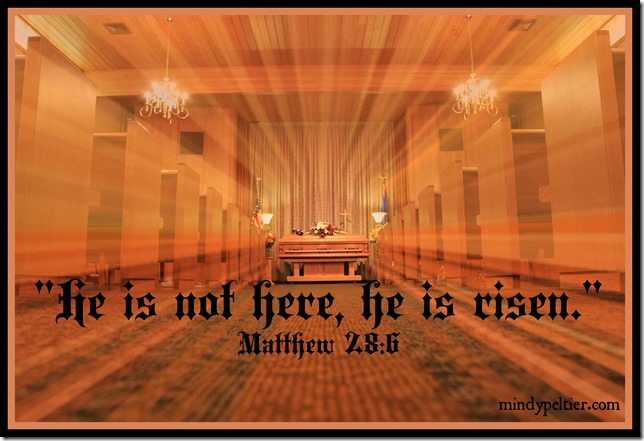