Like most Americans, my junk-email box is daily barraged with unsolicited mail.

I have been declared the , long-lost surviving relative to several extremely rich men, none apparently could afford a postage stamp. I’m supposed to send them a lot of money  to inherit their money?

Other emails from dying Christians begged me to accept their money to distribute after their death.  Again, paying money to get money.

It’s easy to discern fraudulent emails.  Most  people violate 6 simple rules we learned in elementary school.  Most second graders would be able to identify these letters as SPAM.

Maybe they should have read some of my previous grammar blogs before trying to SPAM me.  The italicized words are from the delightful emails I have been fortunate enough to receive. 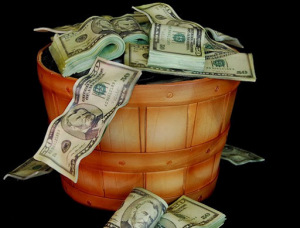 (I think someone should have gone to summer school for math, whatdya’ think?)

*A letter from an American soldier serving in Iraq who needed help getting barrels of money out of the country was signed
Sgt .Williams Gerald
United States Marine Corps.
IRAQ.

*If you are still alive you can get back to us as fast as you can or you can call me on my phone take note that every thing has been paid for it is just for the Dumorage fee…
Regards.
Mr Rogers Moore

(OK, brilliant spammers, Williams and Rogers are LAST names, not FIRST names.  William and Roger are  used for first names.  Periods always follow abbreviations, such as Mr., but not after a title or a country.  DUH!)

* try to help the less previledge ones in your country (They were trying to help me figure out how to use the bajillions they were going to send me.)

* via western union by this governemnt.

* I OWNED TWO OIL WELL AND ONE REFINERY.
*I buy your guts and courage to be more conscious when it come’s to case like this, it is normal you get protective over such issue as you never knows how real it is.
(I think this was my favorite sentence to read over and over and laugh. Someone bought my guts?)

* Come down to United Kingdom to pick up your Winning Parcel.

* I want to compensate you and show microsoft gratitude to youwith the sum of $900,000 dollars…

* consignment was abandoned because the Content was…
*The Almighty lord do not create me out to this world to cheat or deceive people of interest out of their money so i will reject been such ever in my life.I am a knight in my church I worship as a good Christian, if i had ever thought of scamming people i think God would not have elevated me to this standard which i am now.

When all else fails, they couldn’t dangle a big enough financial carrot, they couldn’t make me weep over someone’s cancer, they try to bring the Lord into it.  Hmmm… not biting, how about you?

You see, when we are discerning spiritual truth, it gets even easier.  We don’t even need six rules, we just need one.

The one rule is the Lord Jesus Christ.

Some will recognize that He was a man who walked the earth, but won’t acknowledge He was from God.  He created the world with God, then was sent by God to die for the world.

Some do not believe He is the only way to God. They might allow for Him to be a way to God, but not the way.

And the beautiful part about this discernment?  Even a child can understand.